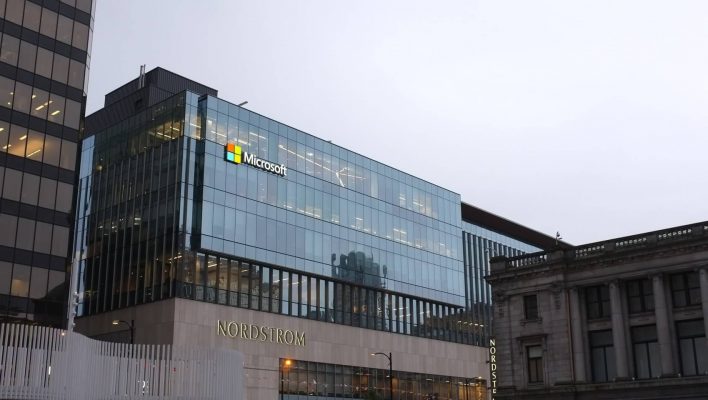 It's crunch time for many businesses as they make the decision to return to the office. However, some, such as Microsoft, are postponing plans indefinitely, due to rising COVID levels and concerns about staff safety.

In a blog post published this week, the company stated that the original return to office date of the 4th of October had been scrapped.

If a company as big and tech-ready as Microsoft is rethinking its plans, should other businesses be doing the same?

No Firm Return to Office Date for Microsoft

The conversation around returning the the office hasn't always been an easy one, and even now, eighteen months since the pandemic began, many companies are still not in agreement about the best way forward.

Given the uncertainty of COVID-19, we’ve decided against attempting to forecast a new date for a full reopening of our U.S. work sites in favor of opening U.S. work sites as soon as we’re able to do so safely based on public health guidance. – Microsoft blog

Originally, Microsoft had planned to reopen its Redmond office, as well as other key US locations on the 4th of October. However, in its statement, the firm stated that fluid plans for office work were ‘the new normal', and that there is no definitive date for return planned. Staff have been informed that Microsoft will instigate a 30-day transition plan once a decision has been made, and that this decision will be ‘data driven'.

Microsoft has been a keen researcher into the effects of COVID-19 and the pandemic, on the workforce, and just yesterday published its latest finding in its Work Trend Index. The research shows that while employees may have been apart physically, with 160,000 members of staff working from home, a record number of them (90%) feel as though they are included at Microsoft. Additionally, it reports that confidence from employees in managers is at all an time high.

The research also shows an interesting trend when it comes to returning to the office from both managers and employees, with the take away that staff appear to be intending to go into the office more than managers had expected they would. Microsoft is dubbing this the Hybrid Work Paradox. 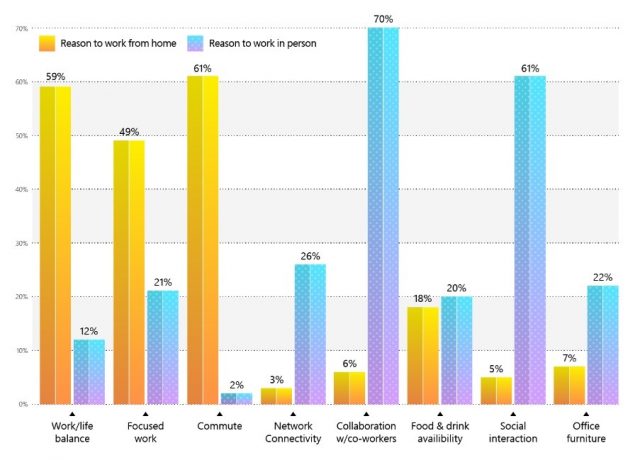 (Graph from Microsoft's blog post on returning to the office)

The research also throws up some points that we've long since suspected about the return to the office, such as staff wanting to get back so they can network, collaborate and have social interaction. 49% of respondents stated that they preferred to work from home when it came to focused work, while 21% said that they would prefer to get this done in the office, which is a clear illustration that there is no ‘one size fits all' when it comes to hybrid working.

When Should Staff Return to the Office?

Surely the million dollar question for the pandemic, knowing when to return to the office can be an extremely difficult one to answer, and in reality, there's no firm right or wrong here. Really, it depends on the business, the staff, and of course the location.

Factors to consider include ensuring that the workspace is adequately prepared and safe. Mandates on vaccine status and mask wearing need to be decided, as well as whether or not the office should be at full capacity. And what does the hybrid week look like? Should there be a minimum number of days to expect staff in the office? Should some staff be allowed to work from home permanently from now on if they choose, as some companies have allowed?

The most important factor in all of this is employees, and keeping them safe. That's the reason that Microsoft has pulled the plug on its 4th of October return date, and rightly so. With daily COVID-19 cases rising rapidly and reaching over 450,000 in the US, it doesn't make sense to rush back to the office after 18 months of caution and risk staff health.

While research from Microsoft and others show that staff miss social interaction and working collaboratively, technology has provided plenty of opportunity during the pandemic to do this, and as many businesses have found, successfully too.

Web conferencing software, for example, has enabled every employee's bedroom, kitchen or dining room to become a meeting room, and we've seen platforms such as Microsoft Teams add features at an incredible pace to keep up with the challenges face by employees.

Other tools, such as remote desktop software, have really limited the need to be in the office, and opened up opportunities to work just about anywhere, with little impact on productivity.