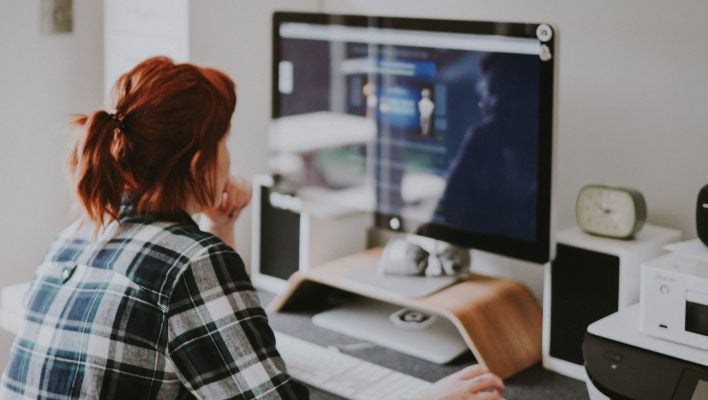 As we enter the latter stages of the pandemic and staff start retuning to offices, it seems that many companies still can't agree on what to do about remote and hybrid working.

Some firms are letting their employees work from home permanently, while others are adopting a more flexible office/home split.

Salesforce CEO Marc Benioff claims that workers can do their jobs from home, but a new report from Deutsche Bank suggests that the remote working honeymoon could be over.

Some Firms Believe Remote Working is the New Normal

Many companies are more than happy to allow their employees to work from home. In fact, many have told their staff that they never have to come back to the office ever again, if they don't want to. Among them, may high profile tech firms, including Slack, Square, Dropbox and Coinbase.

In an interview with CNBC last week Salesforce CEO Marc Benioff claimed that many CEOs had been caught off guard by employees' desire to continue to work from home, but that it shouldn't be a barrier to success:

“You’re really starting see some very low attendance numbers in offices because employees are so productive at home. They can do their job at home. They can be successful from anywhere. The companies and our customers are successful. It’s incredible, but the way they’re being successful has completely changed.” – Salesforce CEO Marc Benioff

Even those firms that haven't given their workers carte blanche to work from home forever are certainly open to the idea of a more hybrid work model. Google, for example, is asking 60% of its workforce to return to the office three days a week, although it is open to portion of its employees working from home permanently, assuming they get their manager's approval.  However, Google staff are far from happy, as those who move away from the office could well have their pay adjusted.

Microsoft allows its staff to work remotely for less than 50 percent of the working week, and Amazon's policy is that employees can work from home two days a week as standard practice.

Is the Remote Working Honeymoon Over?

However, according to a new report from Deutsche Bank, our love affair with remote working could be coming to end. The report, released this week, doesn't hide the benefits of working from home (which are surprisingly wide reaching), but also highlights some of the more negative impacts that working in isolation could have on employees.

We'll start with the benefits from the report. Emissions have taken a serious tumble during the pandemic, thanks to the sharp cut in commuting. This is felt keenly in China, where CO2 emissions dropped by 25% in February of last year, at a time when the pandemic was at its height in the country. This alone is thought to have saved 77,000 lives.

There has also been a positive impact on property prices (for buyers at least). With the move to more flexible working, employees are being given the choice to work from anywhere, and as such, some areas are returning to more affordable housing. A key example of this is San Francisco, where the median rent for a one-bedroom property has dropped by 24.2 percent. In Manhattan, traditionally a sellers market, 97 percent of condos sold at or below asking price.

And, as it turns out, a lot of people happen to like working from home. According to the report, one in three workers worldwide would quit if their employer demanded they return to the office full time.

So what's the problem? For one, mental health. It's been a huge talking point during the pandemic, and, according to the report, the percentage of people with low mental health has doubled since the pandemic. Worst hit are newly remote workers, who are 30 percent more likely to report declining mental health. There are also issues with isolation, with two thirds of workers stating that they have struggled with working alone. The report shows that women are more likely to feel isolated than men (58% compared to 39%). Women are also more likely than men to develop musculoskeletal problems due to inadequate seating,

Burnout has also become a major factor, with virtual meetings taking their toll, and 38 percent of US workers stating that they feel exhausted after a week of video catch ups.

If you feel as though the report from Deutsche Bank is trying to encourage us to get back to the office, it may not be too surprising to hear that last year it suggested a 5% tax for home workers.

Managing a Remote and Hybrid Workforce

The pandemic has proven challenging for everyone, thrusting employees and employers alike into a previously unknown scenario that saw work processes and day-to-day communication having to be radically rethought overnight.

While the Deutsche Bank report does highlight some negatives of remote and hybrid working, there's no denying the fact that it's here to stay. The extraordinary circumstances that let this genie out of the bottle may subside, but the genie is out of the bottle nonetheless as far as remote working is concerned. Those businesses that don't offer any form of flexible work policy are unlikely to find themselves an attractive prospect for new employees, and existing ones could decide to flee too.

Savvy businesses will be aware of the tools at their disposal for making remote or hybrid work policy a reality. From web conferencing platforms that allow for easy communication with teams and clients, to business VPNs that help protect both businesses and individuals, to remote working solutions to really let your employees bring the office home.