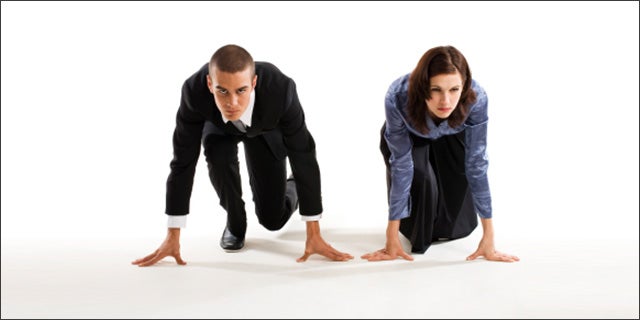 Here’s an alarming statistic for you: Studies show that women earn 77 percent of what men do. In addition, women have seen no employment growth in STEM jobs since 2000, and females hold only 27 percent of all computer science jobs. How’s that for slow progress?

While advancements have been made, the gender pay gap is still apparent in many industries, especially technology and science. https://tech.co/ultimate-tech-guide-wedding-2015-04This infographic compiled by MedReps.com, a job board which gives members access to the most sought-after medical sales jobs and pharmaceutical sales jobs on the Web, shows the gender pay gap across the board. Some takeaways to note include:

Check out the full infographic below and share your thoughts in the comments!

What do you think? What are some other reasons why there’s still a gender pay gap?

Heather R. Huhman is a career expert, experienced hiring manager, and founder & president of Come Recommended, a content marketing and digital PR consultancy for job search and human resources technologies. She is also the author of Lies, Damned Lies & Internships (2011) and #ENTRYLEVELtweet: Taking Your Career from Classroom to Cubicle (2010). Find Heather on Google+.