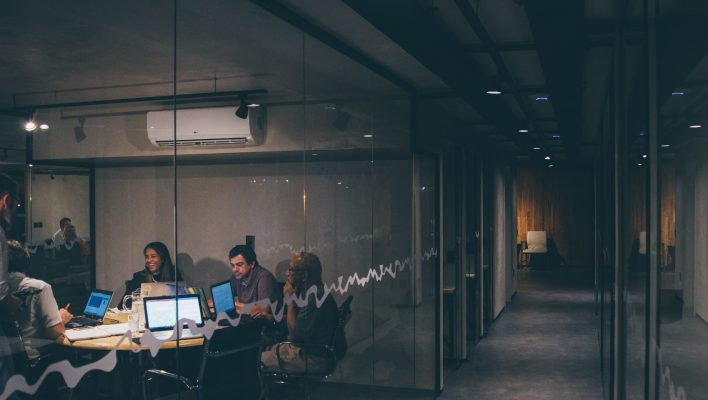 The traditional 40 hour working week is all but dead and will quickly become a ‘thing of the past’ according to Dropbox co-founder Drew Houston, who claims the impact on his industry “will be comparable to the rise of mobile and the cloud.”

His comments are the latest contribution to the ongoing debate about the future of work and how productive employees can be outside of the office. Thousands of companies are currently weighing up whether to move back into physical workspaces; Microsoft recently announced that it had postponed plans to return indefinitely due to COVID-19 concerns.

Dropbox has taken the plunge and is now a permanently remote company. But other firms are far from convinced of the benefits of home, remote and flexible working.

Is the ‘Normal’ Nine-to-Five Now Obsolete?

In an interview with CNN, Houston dubbed the 40 hour working week an ‘artifact of factory work’ soon to be phased out. He suggested this could be the biggest change to ‘knowledge work’ – jobs requiring employees to think for a living, from computer programmers to lawyers – since the term was first coined in 1959.

Staff have gained more control over their work schedules since the pandemic began, and can now avoid making the ‘gruelling commute’ into the office every day, the Dropbox chief said. Companies will have to trust their employees are completing tasks to a sufficient standard, but on the other hand, employees will also be held increasingly responsible for their output outside of the office.

Houston also suggested there would be benefits for employers, including the fact that businesses will no longer have to restrict recruitment to the city where their offices are based. “Companies will grow stronger as they integrate dispersed talent with diverse perspectives,” Houston told CNN. “Opportunity will spread far beyond exclusive urban clusters.”

Since the pandemic began, a huge amount of research has been conducted by both academics and businesses on the topic of productivity. Last year, California-based company Prodoscore compiled data from 30,000 workers and found that productivity had increased by 47% in March-April 2020 when compared with the same period in 2019.

Will Ditching the Office Make Us Better Workers?

Despite these statistics, scepticism about the true benefits of flexible and remote working is still common across various industries. JP Morgan, for example, reported a fall in productivity amongst staff in September of last year.

Some say there’s just something about working face-to-face for 8 hours a day that can’t be replicated in a remote environment, and innovation decreases as a result. Goldman Sachs boss David Solomon called working from home ‘an aberration’ last year, claiming the lockdown set up didn’t fit the bank’s ‘collaborative, apprenticeship culture’.

Others see the office as a great equaliser. Not everyone’s home can double as a calm, peaceful working environment, a major reason why children from disadvantaged homes experienced more ‘learning loss’ during lockdown than their more privileged classmates.

Dropbox Drops the Office – But is Your Business Joining Them?

Houston remains convinced that kissing goodbye to the nine-to-five is the right pathway forward from Dropbox, despite his confession that being in the same physical space was key to fostering a healthy company culture. The tech chief called for a humble approach, admitting that, ultimately, “no one really knows how this is all going to work.”

As a result, Dropbox has been operating on a ‘virtual first’ policy since October 2020. Internal staff surveys have revealed that almost 90% of employees believe they are just as productive at home as they were in the office.

The pandemic has shown us that there are many ways to foster productivity remotely, and tools such as a web conferencing, and VoIP can help employees connect, no matter where they are based. Security concerns can be mitigated with password managers and VPNs.

Houston's comments on the death of the office may be seen by some as fatalistic and a little overstated, but it's hard to argue that the pre-pandemic office culture will ever return to ‘normal'. Thankfully, tech has meant that location isn't an issue, and that we're all capable of working effectively, from boardroom to bedroom.