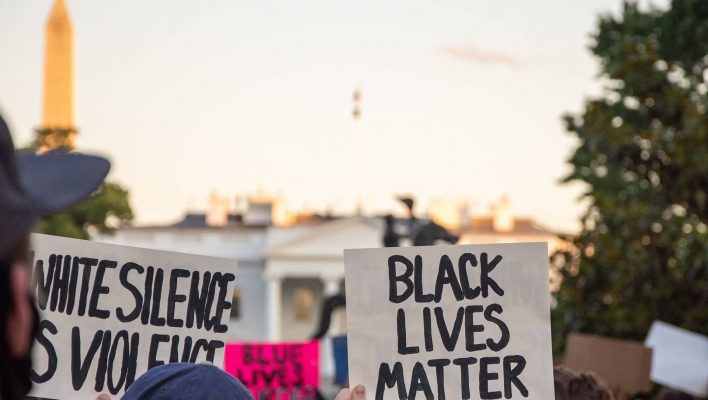 Facebook has fired an employee for calling out a coworker on Twitter over a Black Lives Matter dispute.

Brandon Dail, a user interface engineer in Seattle, tweeted last week that he was fired from Facebook for criticizing a colleague on Twitter.

Dail took to Twitter on Friday to further explain the situation, stating that he had asked a coworker to add a #BlackLivesMatter banner on a project they were working on. But, when the coworker refused to do so, Dail made the matter public on Twitter. This resulted in his termination as a Facebook employee.

A Facebook spokesperson also confirmed Dail’s version of events, confirming that he was fired for calling out a fellow employee in a tweet. Beyond this incident, wider tensions have been rising in the Facebook workplace for quite some time.

The Dail firing follows a string of Facebook employee walkouts, many of whom have spoken out about CEO Mark Zuckerberg’s inaction regarding President Donald Trump’s controversial posts.

In another one of Dail’s tweets, he explains, “I’m not claiming I was unjustly terminated. I was fed up with Facebook, the harm it’s doing, and the silence of those complicit (including myself)”.

“In the interest of transparency, I was let go for calling out an employee's inaction here on Twitter. I stand by what I said. They didn't give me the chance to quit.”

Dail’s firing may have been over him calling out the perceived inaction of an individual employee. But, the wider inaction of Facebook itself over the BLM movement is drawing growing condemnation.

On May 29, Trump sparked a global outcry after tweeting the racially charged phrase, “when the looting starts, the shooting starts”, while discussing the demonstrations taking place in Minneapolis, following the death of George Floyd.

In an unprecedented retort, Twitter hid Trump's tweet behind a notice, confirming that it had violated the platform's rules about glorifying violence. As if this wasn’t a big enough move, Twitter also prevented users from liking the tweet or sharing it without comment. The platform repeated the same restrictions once the message was reposted on the White House Twitter account.

But, when Trump shared this post on Facebook, it was left untouched by the social media site.

Dail had been among a group of Facebook employees who have been tweeting criticism of Facebook, after Zuckerberg’s stagnant approach to Donald Trump’s repugnant posts on the platform.

In an eventual response to the backlash, from both the general public and his own employees, Zuckerberg released a statement on his own Facebook account:

He explains, “Personally, I have a visceral negative reaction to this kind of divisive and inflammatory rhetoric, but I’m responsible for reacting not just in my personal capacity but as the leader of an institution committed to free expression.”

As tensions continue to rise, with Black Lives Matter protests now reaching all corners of the world, there will undoubtedly be more circumstances where social media platforms need to intervene. Whether or not Zuckerberg decides to step up to the plate is still uncertain.