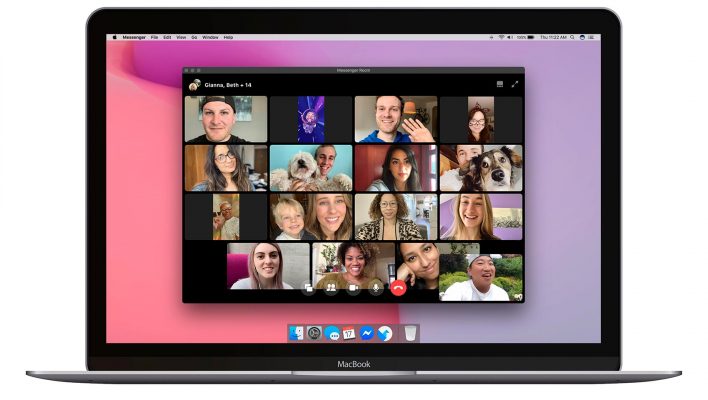 The social media giant has created Messenger Rooms which can hold up to 50 people, plus add AR filters and mood lighting. Simultaneously, it has doubled the number of people that can join a WhatsApp group voice call, taking it to a maximum of eight.

Here's everything you need to know about the changes to Messenger and WhatsApp.

The biggest change is the creation of Messenger Rooms. Soon, you'll be able to create a “room” from either Facebook or Messenger, then invite anyone to join your room.

The best part? You don't even need a Facebook account to join a room — so even your technophobic aunt can join.

Should you want, you can have up to 50 people in your room for an unlimited period of time. However, don't try this at home – it would be chaos.

Facebook also says that you can start and share rooms on the News Feed, or via Groups or Events. So, it'll be easy for that one person you half-knew from college to join. Zuckerberg's behemoth is also planning to add rooms on Instagram Direct, WhatsApp, and Portal (remember that?).

However, while Facebook has made it easy for anyone to join a room, it has also set some tools to limit who can join. The room's creator will be able to remove people from the call, or lock a room should they want to keep it exclusive.

It's clear that Facebook is planning on Messenger Rooms to compete for the users that have become dependent on Zoom, Google Hangouts, and Houseparty for socialising with their socially distant friends. The fact that you don't need a Facebook account to join a room is new, and a pleasing change for an industry that just loves sucking-up our credentials for tracking and targeting. 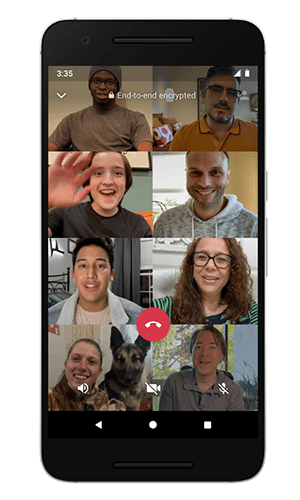 Group calls within WhatsApp are nothing new. However, the previous limit of four participants has been doubled to eight.

That's right, there are no new features with WhatsApp group calls, beyond that you can add extra participants.

There's method in the madness, however. Facebook has found WhatsApp to be a slippery app to deal with. It has always been free and has never served adverts to customers. What's more, all its messages are secured with end-to-end encryption. All of these factors have made WhatsApp tricky to monetize.

As a result, it's likely that Facebook is deliberately limiting the use of WhatsApp in order to push users towards Messenger Rooms. Which, of course, Facebook has had no problem making money from.

Facebook also announced a range of smaller changes to a bunch of its products.

It's bringing back Live With so you can add another person into a Facebook Live video. Presumably, that's following the success of Tory Lanez' Quarantine Radio over on Instagram…

You'll soon be able to mark Facebook Events as “online only”. What's more, you'll be able to do Facebook Live broadcasts to all your guests.

Facebook is also adding a donate button to live videos, plus it's improving live videos for people with spotty internet connections by offering an audio-only option.

You'll also be able to livestream games from your phone to Facebook using the Facebook Gaming app.

You can now watch and add comments to live videos from your desktop. Plus, you can save live videos to IGTV, so people can revisit them later.

You'll soon be able to start video chats in Messenger when you match with someone on Facebook Dating.

Of course, none of these changes are happening in isolation…or rather, that's exactly why they're happening. With the push for social distancing due to the coronavirus crisis, it's been boom time for video call apps. And, for connecting remotely for a social face to face, Facebook, Skype and even Google have all somehow lost a march to the explosively popular Houseparty app.

With its fun games and quizzes and easy tools for adding contacts, Houseparty has been a great success in these lockdown times.

Still, it's not what we'd recommend for a more business-focused call. And nor, for that matter, is a Messenger Room. While there's something to be said for a quick WhatsApp call for a business chat, for the best professional VoIP solutions, we recommend checking out our guide to the Best Google Voice Alternatives.