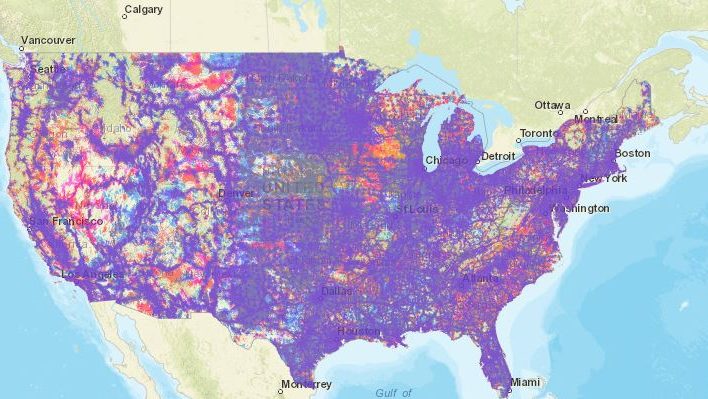 If you've ever felt like your phone's 4G speed isn't quite up to scratch in Sacramento, or letting you down in Los Angeles, then you'll finally be able to see the best and worst spots for coverage, thanks to a newly-released nationwide map from the FCC.

The interactive map highlights the spread of signal availability from major providers, with selectable layers for voice and broadband coverage.

The map isn't without its flaws, but it's a positive first step to get an idea of how well your mobile provider covers a certain region (we're sorry, Idaho).

The new map comes directly from the FCC, and shows users exactly where they can expect coverage for both mobile broadband and voice. The information has been assembled as part of the FCC's Broadband Data Collection program. The idea behind the program is to identify weak areas where coverage needs to be improved, and fund the expansion of broadband services.

The map itself is searchable by address, so users can really pinpoint their location, or through a zoom function, for those who want to get a broader view of accessibility via state.

“A good map is one that changes over time. Today’s new map represents progress in our efforts to implement the Broadband DATA Act and build next-generation broadband maps that can help to connect 100 percent of Americans.” FCC press release

If you're looking at the map and wondering why it says your area has strong connectivity, but you're struggling to download a PDF, then there's a reason. The map uses propagation modelling to generate the data, and as such, the FCC admits that the user experience may vary, depending on the device being used, cell site capacity and terrain. 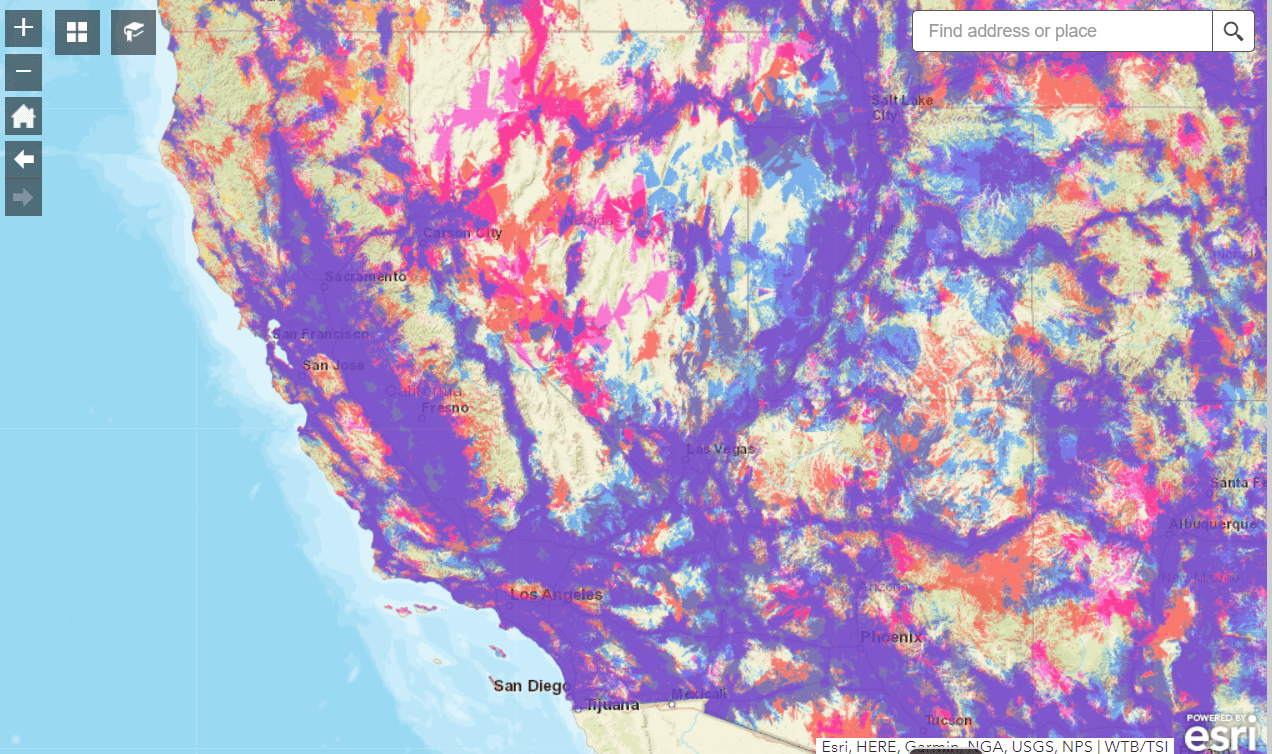 While the mobile data map is a good start in terms of transparency for US customers, it's far from perfect. To begin with, all the data has been provided by the networks themselves, voluntarily, so we're having to take their word for it that it is accurate.

Secondly, there's no home broadband data included in the map. Broadband speed and accessibility can be incredibly patchy across the country, especially outside of metropolitan areas, with rural customers quite often left high and dry and making do with low speeds and data caps. The bipartisan infrastructure bill that is currently being put through senate aims to tackle this with a $65 billion spend on improving internet accessibility nationwide.

The map also omits 5G data. Although still in its infancy, seeing the best places in the country for 5G would have been beneficial, and the networks already have this data, such as Verizon.

While not perfect, the mobile broadband map is one that should be welcomed, especially as its a stepping stone towards the end game aim of the FCC – complete, reliable internet connectivity for all Americans.

One of the reasons why this is more important than ever is the change the workplace has seen during the pandemic. The traditional office setting has been replaced with a more flexible approach to working, with more of us logging in from home than ever before.  According to a Gallup poll in May, seven in ten white collar workers are working remotely. Even when offices open back up again, it's likely that a hybrid model will take precedent for many, splitting the working week between home and the office.

Some companies have even told their staff they can work remotely full time. This is especially prevalent in the tech industry, with companies like Instagram and Twitter telling employees they don't need to commute ever again.

There's no doubt that technology has made the fractured work spaces during the pandemic a lot more viable. Remote desktop software and web conferencing have closed the physical gap for many of us, and tools such as password managers and VPNs have provided peace of mind for employees.

The mobile data map shows that there is still someway to go, especially for workers in remote and rural locations, but investments in the broadband infrastructure should mean that in the future, employees will have the freedom to work from anywhere in the US.