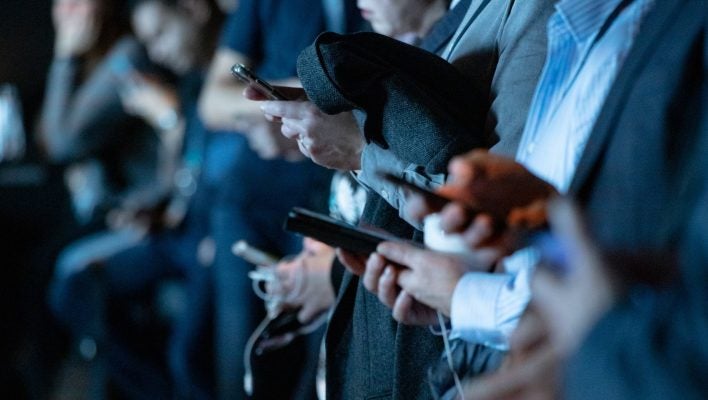 Would-be Twitter alternative Hive Social is facing growing pains, as the service has temporarily shut down its own app to address multiple critical vulnerabilities.

Researchers who have called attention to the security concerns say that the vulnerabilities could have allowed bad actors to access all public and private data (including deleted direct messages) while also giving them the ability to edit Hive posts from other accounts.

Any service that sees a rapid userbase expansion will deal with unexpected problems like this, as anyone who worked at Zoom in 2020 will be happy to tell you. Still, this is a huge security concern that calls into question Hive's status alongside Mastadon and Post as an alternative to Twitter.

Researchers Say Hive Claimed the Flaws Were Fixed When They Weren't

The whistleblowers behind Hive's shutdown are the German collective Zerforschung. According to a report from TechCrunch, these researchers say they quietly reported the vulnerabilities to Hive at first.

When the Hive team got back a few days later, they claimed the flaws were fixed but the researchers learned they were not. So, the research team went public.

That backstory is another blow against Hive, sadly: Security vulnerabilities can happen to any tech company, but the real evidence that a company is trustworthy lies in how rapidly and comprehensively it responses. The app's shutdown now shows that they're truly invested in addressing the problems even at a loss of user activity, but it's coming a little later than would be ideal.

Hive Appears to Be Run By Three People

Part of the problem might be the small team: While Hive isn't clear on exactly who works at the company, TechCrunch reports that founder Kassandra Pop has mentioned two relatively new team members.

Given that the userbase is reportedly around two million accounts, Hive doesn't have a lot of employees to address immediate issues such as these new security vulnerabilities. But perhaps that's good news. Provided the app can expand thoughtfully in order to keep up with its sky-rocketing audience, Hive might yet prove to be worth checking out.

Will One Social Platform Rise to the Top as a Twitter Alternative?

Right now, plenty of Twitter users may hope to leave their current social platform, due to curation and security concerns amid a mass exodus of Twitter staffers.

But there's no clear alternative that can deliver the same traffic and tweets that Twitter users are accustomed to. Mastodon is a more confusing service, Hive has a small team open to vulnerabilities, and even Post has a roster of VC backers that could wind up repeating the same mistakes Twitter made. Personally, I think we should all retreat to Tumblr, but I don't see that view taking off with most people.

However it all shakes out, though, social media itself isn't going away. The world's more connected than ever for individuals and businesses alike, even if no individual service is destined to last forever.

Hive can still rise to the top. It just needs to expand its cybersecurity team as soon as possible and earn back audience trust.