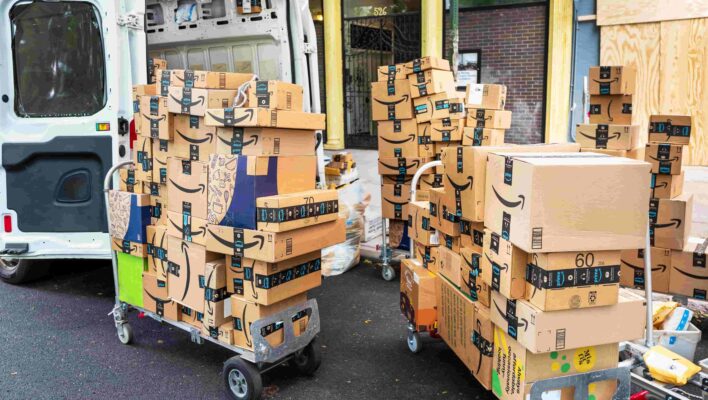 A report published this week has suggested Amazon plans to lay off 20,000 employees, double the figure originally reported by a number of major news outlets in mid-November.

If the rumors prove to be true, it’ll be the biggest mass layoff of staff in the ecommerce behemoth’s 28-year history. The figure is much larger than the number of staff the company laid off in the wake of the dot-com bubble bursting in the early 2000s and the 2008 financial crash combined.

Tragically, however, Amazon is not alone, with swathes of companies in the tech sector making significant cuts to their payroll during 2022.

According to Computer World, company managers have been told that they should “identify work performance problems among employees” so that Amazon can make a total of 20,000 layoffs.

The 20,000 employees would represent 6% of corporate staff and 1.3% of the company’s total workforce, which amounts to around 1.5 million employees.

“There is no specific department or location mentioned for the cuts; it is across the business,” a source reportedly told Computer World.

“We were told this is as a result of over-hiring during the pandemic and the need for cost-cutting as the company's financials have been on a declining trend,” they added.

Amazon Scale Back After Pandemic Boom

Unlike some rival tech companies, Amazon’s stocks soared during the pandemic, with demand for deliveries skyrocketing.

This state of play, CEO Andy Jassy says, “forced [Amazon] to make decisions at that time to spend a lot more money and to go much faster in building infrastructure than we ever imagined we would”.

Now, after posting its slowest growth figures in two decades this July and “overbuilding”, Amazon is looking to scale back its operations, with more layoffs likely to come next year if previously circulated internal memos are to be believed.

Amazon, of course, is not the only multi-national tech company trying to cut staff numbers as a result of the dire economic forecasts for next year and a looming recession.

Meta CEO Mark Zuckerberg announced in early November that he’d “decided to reduce the size of [Meta's] team by about 13% and let more than 11,000 of our talented employees go.”

Apple, conversely, said last month that it was being “very deliberate” when it came to hiring, with Tim Cook adding that the iPad manufacturer wasn’t hiring “everywhere in the company”.

Just before this, in mid-October, Microsoft also announced layoffs “across multiple divisions” but confirmed soon after that less than one thousand staff members would be affected.

Of course, Elon Musk’s recent acquisition of Twitter also resulted in mass staff layoffs, although it's hard to parse how much of this was financially rather than ideologically motivated.

With supply chain issues, a lack of consumer buying power, and other rising costs directly related to global issues like Russia’s invasion of Ukraine all expected to hurt tech companies’ ability to grow heading into 2023, it’s likely more layoffs in the tech sector will follow.