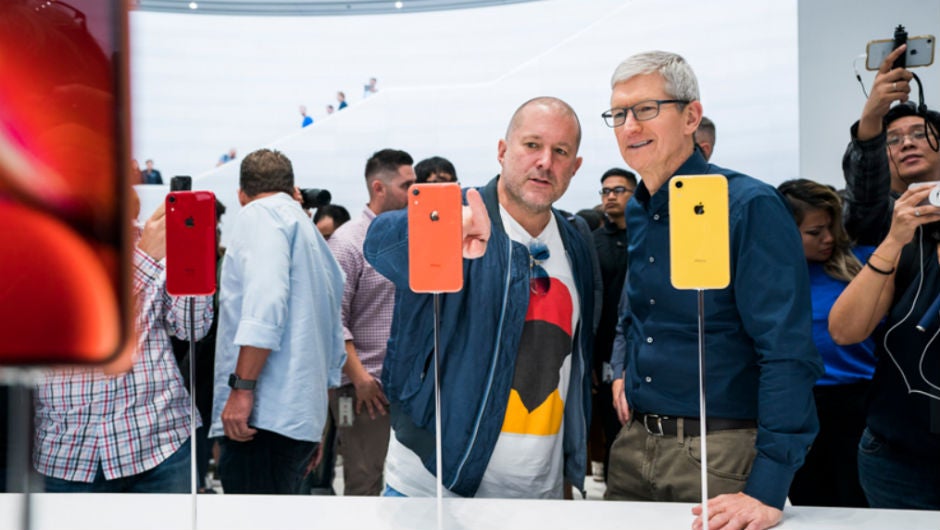 The tech world was shocked yesterday when it was announced that Jony Ive, Appe’s Chief Design Officer, would be leaving the company at the end of the year.

Ive was responsible for some of the most iconic gadget designs of the last two decades, from the late 90s candy-colored iMacs, through to the iPod, iPad, and successive iPhones. But from 2020, he will be leaving Apple’s Cupertino HQ — which he designed — to start his own design agency, LoveFrom.

So, while everyone ponders Ive’s legacy, we wonder what the legendary designer will get up to with his own company.

Perhaps unsurprisingly, Ive announced in an interview with the Financial Times that his new company’s first client will be Apple.

However, we don’t expect the successor to the next iPhone to be the work of Ive’s pen — Apple will likely keep the designs of its key products in-house. Instead, we’d expect LoveFrom to be consulting on Apple’s expanding bricks-and-mortar empire.

Ive was the central figure in the design of Apple Park, the company’s circular HQ in Cupertino, and it’s entirely possible that he (and LoveFrom) will remain key in designing the Apple Stores around the world.

Apple’s stores were notable for their paired-back, minimalist designs — similar to much of Ive’s product work — and newer stores, such as the Taipei store below, are becoming increasingly architectural. 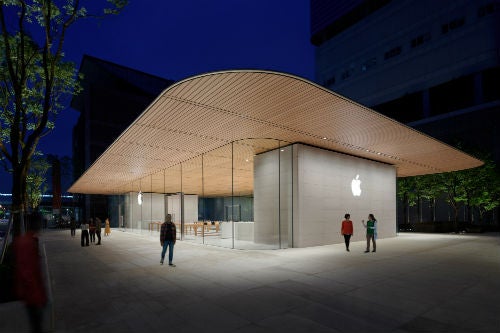 Ive also stated that LoveFrom will be looking into wearable tech and healthcare design which just happen to be two areas Apple is focusing on too. Again, it seems unlikely that LoveFrom will design the next Apple Watch, but we’d expect there to be a good deal of crossover between the two brands’ work.

Of course, LoveFrom will be doing more than just designing new stuff for Apple. Instead, the company will be filled with what Ive is calling “a collection of creatives.” This may indicate that the company will be able to turn its hand to a range of projects.

However, Ive also mentioned that LoveFrom will allow him to explore a range of “personal passions.” Given the Brit’s noted love for automobiles — he apparently owns an Aston Martin DB4, which sell for around $500,000 — we might see a Jony Ive designed car one day. Apple’s prolonged interest in autonomous cars is probably just coincidental.

It is, naturally, quite difficult to predict what LoveFrom and Ive will do beyond Apple. Ive’s design interests are wide-ranging, and his design principles — simplicity and minimalism — can be applied to almost any product or infrastructure piece. In fact, it’s probably easier to predict what a LoveFrom creation might look like, rather than what the company will actually do.

Either way, Ive’s departure genuinely represents the end of an era for Apple. But, at the same time, potentially the start of a new era for everyone else.