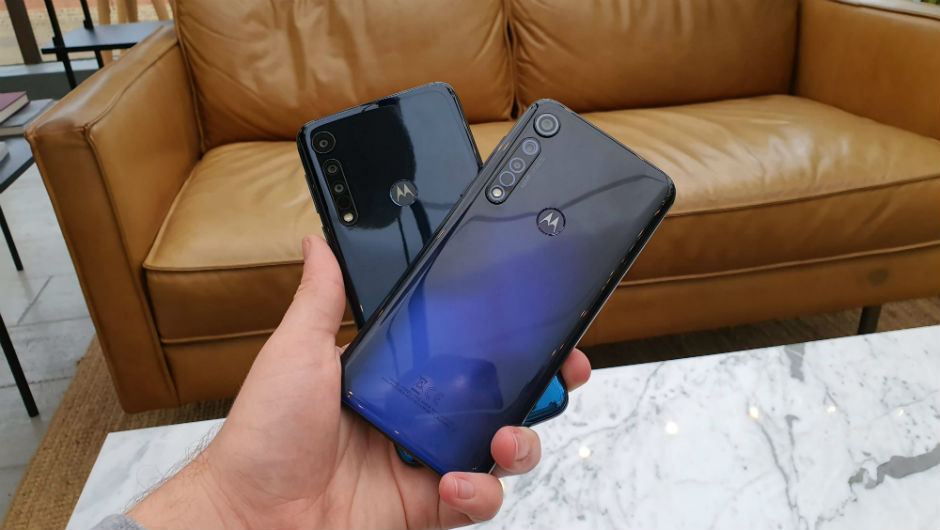 Motorola has today announced three new phones — including the first model from its G8 series.

Here's a more in-depth look at each remarkably cheap phone: 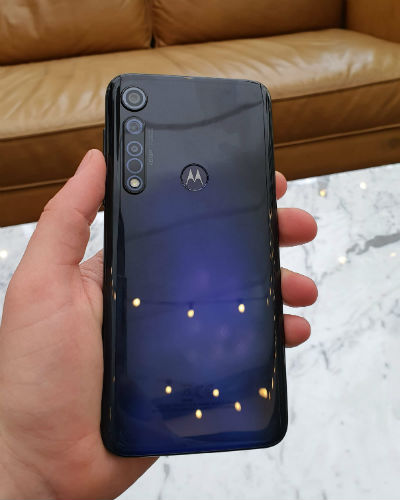 The G8 Plus has received a serious camera upgrade compared to its predecessor. You'll get a 48Mp rear camera, complete with the impressive Quad Pixel and Night Vision tech we saw on the Motorola One Vision from earlier in the year. It also gets a depth-sensing lens for fancy bokeh-effect portrait mode shots.

The most interesting news, however, is that the G8 Plus has a dedicated ultra-wide angle action cam for recording super-stable videos. We've seen phone companies, including Google and Apple, flaunt their video stabilization tech in recent months, so it's heartening to see these features trickling down to cheaper phones.

Beyond the cameras, the G8 Plus is apparently great for watching films thanks to a 6.3-inch Full-HD+ display with a taller-than-usual 19:9 aspect ratio, and dual stereo speakers. Motorola promises 50% louder bass compared to previous Moto G phones — which is nice, but you still wouldn't want it soundtracking your next house party.

It also gets a sizeable 4,000 mAh battery, and will run Android 9 (rather than the latest Android 10 version) out of the box.

It comes in two colors: Cosmic Blue (which looks lovely) and Crystal Pink (which we sadly can't attest to, at the moment). As we mentioned above, it'll start from £239 in the UK, and hit the shelves on October 28. That should equate to around $350 in the US — we'll update as soon as we get US pricing. 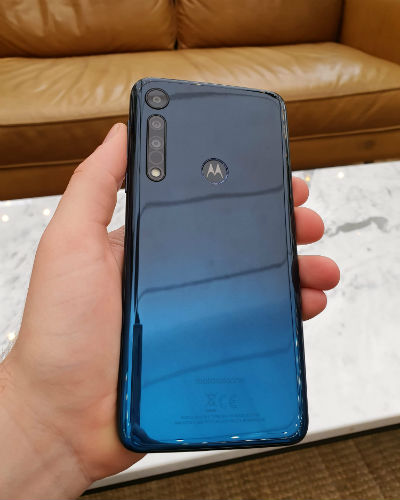 The Motorola One Macro is the latest instalment in the company's growing Android One lineup of phones. With an Android One device, you get an almost bloat-free experience, as well as guaranteed security and software updates for a couple of years. Cheaper Android phones don't always get speedy access to software updates, so Android One phones are a great way to make sure that you can hang onto your phone for longer.

Anyway, back to the One Macro. The big news here is that it gets a dedicated ‘macro' lens for super-close up photos, less than an inch, in fact, of objects. We've had a quick play around with the macro mode, and it's pretty cool to say the least.

It also gets a 30Mp main lens, as well as a depth sensor for fancy portrait mode shots, and a laser autofocus for low light snaps. The One Macro's screen is slightly smaller than the G8 Plus' at 6.2-inches, and its only HD+, rather than Full-HD+.

Still, you get the same large 4,000 mAh battery, as well as 10 watt fast charging should you get caught short. Motorola is claiming two full days of battery life — and we'll be putting that to the test soon. 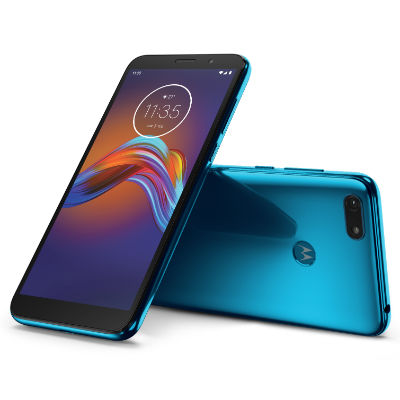 The E6 Play is the baby of these recent Motorola launches, costing less than £100 (roughly $120). However, considering that bargain basement price, it is impressive that you get a rear-mounted fingerprint sensor as well as face unlocking.

The rest of the phone's raw specs aren't quite as eye-catching, but they'd more than likely be able to do the job. You get a 5.5-inch HD+ display and a 3,000 mAh battery. However, with its smaller, lower-resolution screen, and less power-hungry processor, the battery shouldn't feel too small.

The E6 Play has a single 13Mp rear camera, but Motorola assured us that it would still be an impressive shooter. Thanks to the E6 Play's processor, you'll be able to take HDR photos as well as photos with the blurred background effect.

You'll have to wait a little longer for the E6 Play, with a release scheduled for January next year.

We've got the Moto G8 Plus and One Macro in the office, and will be bringing you our full opinions and ratings soon. For now though, we're quietly optimistic about these low-cost Motorola handsets, especially based on the strong showing of last years Moto G7 Plus.