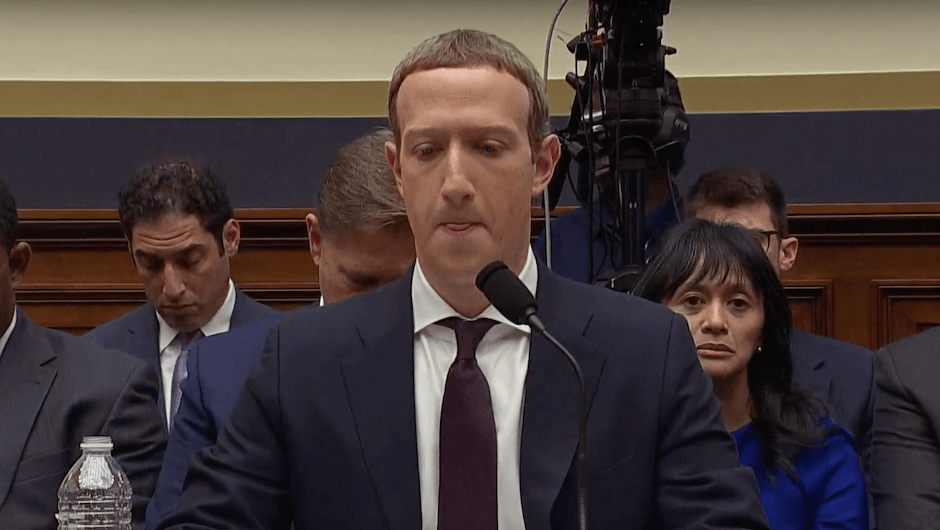 Facebook is back on the Hill, as Mark Zuckerberg appeared in front of Congress today to discuss the political, societal, and financial implications of Libra, the cryptocurrency-in-the-making from the controversy-laden social media platform.

To say Facebook and its CEO have been embroiled in controversy over the last few years would be a dire understatement. From the Cambridge Analytica scandal last year to the problematic political ad policy causing a stir today, it's hard to look at the social media giant with anything but suspicion. Now, with plans to launch a cryptocurrency, Facebook could quickly go from a mere democracy-ruiner to a financial system destroyer in a single move.

These wide-reaching implications spurred a Congressional hearing, at which Zuckerberg answered questions and responded to accusations concerning the cryptocurrency and a wide range of other topics. And let's just say the exchange was far from civil.

Representatives from across the country took the opportunity to ask Zuckerberg a wide range of questions on a number of topics. From whether he's a capitalist or a socialist to his opinions on Facebook's political ad policy, the embattled CEO fielded questions as best he could in a comprehensive, albeit somewhat defensive manner.

However, the questions asked of Zuckerberg weren't the primary focus of the hearing, as many representatives used the opportunity to lambast the CEO for Facebook's questionable practices, grandstanding on the concern elicited from the Libra cryptocurrency.

“Facebook's internal motto was for a long time ‘move fast and break things.' Mr. Zuckerberg, we do not want to break the international monetary system,” said Nydia Velázquez, a Congresswoman from New York.

Catchy sound bites like Velázquez's were common throughout the hearing. Representatives took pot shots at Zuckerberg for his and his company's admittedly problematic actions when it comes to online security and business morality, ultimately deducing that this kind of behavior isn't ideal for a company hoping to launch its own currency.

“You are not working hard enough and end-to-end encryption is not going to help the problem,” said Ann Wagner, a representative from Missouri.

Suffice it to say, Zuckerberg faced plenty of criticism and backlash at the Congressional hearing, which was to be expected. But how did the social media CEO respond?

How Did Zuckerberg Respond?

Before responding to questions, Zuckerberg did have an advanced version of his testimony prepared, in which he addressed a wide range of concerns, namely the importance and value of the Libra cryptocurrency as it pertains to everyday people.

“People pay far too high a cost — and have to wait far too long — to send money home to their families abroad. The current system is failing them,” said Zuckerberg in his testimony. “The financial industry is stagnant and there is no digital financial architecture to support the innovation we need. I believe this problem can be solved, and Libra can help.”

Zuckerberg didn't just talk about Libra either. In hopes of getting someone on his side, the Facebook CEO pointed out that cryptocurrency is not just an American aspiration: Other countries are investing in this kind of technology, and if the US falls behind, we're in trouble, at least according to Zuckerberg.

“While we debate these issues, the rest of the world isn't waiting. China is moving quickly to launch a similar idea in the coming months,” said Zuckerberg. “If America doesn't lead on this, others will.”

Fortunately, Zuckerberg isn't completely clueless when it comes to his company's reputation in 2019. Showing some serious self-awareness, he admitted that his company — which has obviously seen its fair share of controversy — is probably not the best leader in the development of a new kind of currency.

“I believe this is something that needs to get built, but I understand we're not the ideal messenger right now,” said Zuckerberg. “We've faced a lot of issues over the past few years, and I'm sure people wish it was anyone but Facebook putting this idea forward.”

In fact, a lot more than just people wish that anyone but Facebook was putting this idea forward. Many of the major companies involved with Libra, including eBay, Visa, Mastercard, and Stripe have backed out of the project ahead of its launch. When asked about these major players dropping out of the project, Zuckerberg displayed that patented self-awareness that has been lacking in so many cases.

“It's a risky project and there's been a lot of scrutiny.”

Risky is putting it lightly. Cryptocurrency has had a rock road since its inception, with rapidly fluctuating value and ties to criminal entities utilizing it for ransomware payments and other nefarious activities, although the involvement of larger organizations like Facebook could turn the tide to a more global perspective. So what's next?

What's Next for Libra?

Frankly, the future of Libra doesn't look good. Between companies dropping out and Congressional hearings, you'd be hard pressed to convince even the staunchest cryptocurrency fans that Facebook is going to pull this off, particularly given the mountain of scandals the company is already dealing with. Plus, to make matters worse, the approval of governmental bodies is all but a necessity at this point in the plan, and it's not looking good based on this hearing.

At this point, it's safe to say Facebook probably shouldn't have gotten involved in the cryptocurrency discussion at all. Both are dripping with controversy, and two wrongs don't make a right, particularly when it comes to tech. While Zuckerberg's urgency is hardly unwarranted — as cryptocurrency will be something that evolves into a potentially viable currency around the world — his unrelenting desire to take care of it himself is what got him in hot water with Facebook in the first place.