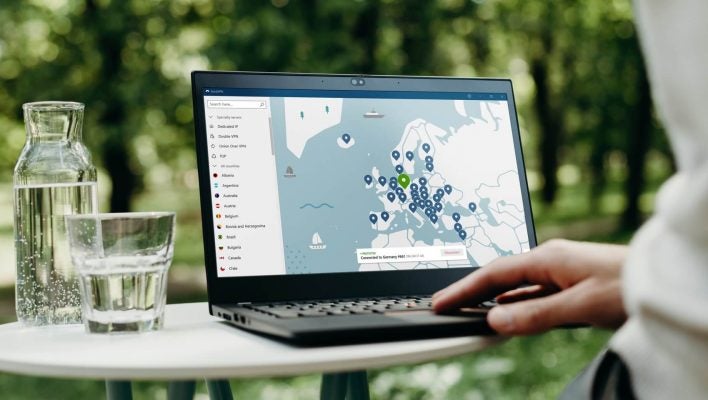 NordVPN‘s most recent update has brought a few new perks to all Windows users.

First, the NordVPN for Windows app now supports Dark Web Monitor, a feature that scans the dark web and alerts users if their sensitive information has been leaked in a data breach.

Second, the Windows app now has NordVPN's “Security Score,” which ranks a user's overall protection and offers tips in how to boost their protection percentage. Both features are coming with the NordVPN 6.42 update.

Here's what to know about each new feature, and how they work to help keep your account more secure.

The Dark Web Monitor ability was introduced back in November 2020, but is now on Windows for the first time, in addition to MacOS and iOS. It's an opt-in function, so if you want to take advantage of it, you'll need to take a minute in your settings to look for the right switch to flip. Granted, that won't be a lengthy search, because this is the route:

Once it's up and running, the feature will comb through the tougher-to-access sections of the internet — the “dark web” — in order to look for the email address you've connected to your NordVPN account. When it finds your email in any leaked databases of private information, the Dark Web Monitor will send you an alert.

With this update, Windows users will receive a security rating in the form of a percentage. As users activate more security features, their score will rise, and if they've done everything, they'll get a 100% score.

It's a clever way to incentivize users to set up security precautions that might otherwise seem like too much of a hassle — for example, the kill switch, a common VPN safeguard, instantly cuts all internet connectivity in the event of the VPN server disconnecting. That's annoying if you're in the middle of something online at the time, but it's the way to stay safe, as NordVPN's security score will now remind you.

In addition, the score helps NordVPN remind users of all the features they might otherwise bother with by gamifying the process of turning them on. Or as NordVPN puts it, the score “shows the collective power of the features you’re using.”

Staying Safe is More Than Just a VPN

Any VPN (that's virtual private network) will add a layer of security that protects your online activity from prying eyes. But that alone is far from a foolproof internet safety method. It won't make your password any stronger or less likely to be leaked, and it won't keep you from falling afoul of a phishing attempt, when hackers lie to trick people into willingly sharing their information.

As a result, the best VPN services are offering additional tools like the ones NordVPN just rolled out for Windows users. We'd still recommend a good password manager, but any top VPN will offer plenty of great security precautions.

For Windows users in particular, our tests found that NordVPN was the best VPN overall — and that was before these new features were added. Still, if you'd like to check out your options, you can learn more about how NordVPN compares to the competition by checking out our review of the popular VPN service.

Or, you can simply skim through the highlights with this quick comparison table of the best VPNs for Windows users: