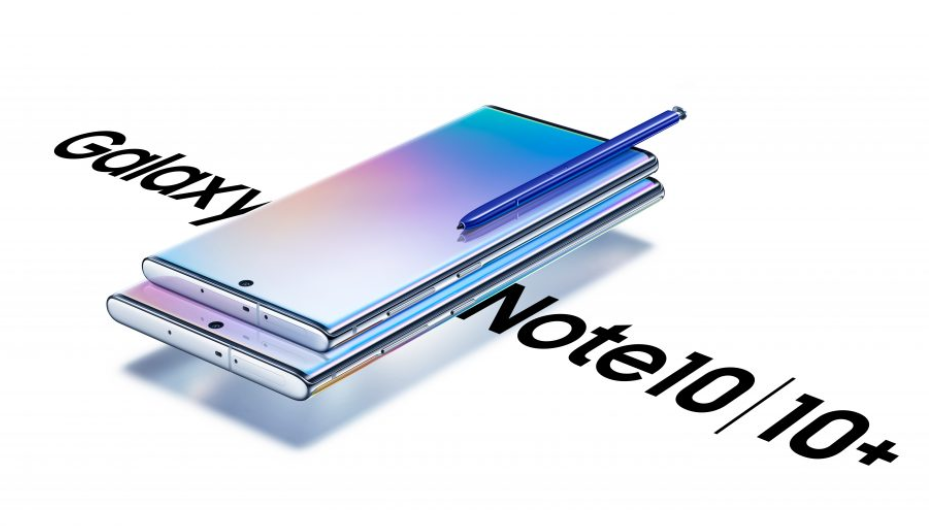 Samsung just debuted the next two installments in its decade-old flagship Galaxy Note line: The Note 10 starts at $949, and the larger Note 10 Plus starts at $1099.

The Note 10 is the thinnest Samsung phone yet, while, as the rumors foretold, the Note 10 Plus will be the company's biggest smartphone ever, with a 6.8 inch screen. And they're available in some crazy new colors, including an iridescent option that refracts light to create a rainbow-like effect.

Samsung has already weathered a rough news cycle this year, after their planned debut of the foldable Galaxy Fold saw a poor response and was pushed back thanks to a visible crease in the center of the device's supposedly crease-free display, as well as a few cracks. These new devices, however, might just help Samsung fans get over that debacle.

Here are all the specs, abilities, pricing, and dates to know about the new Samsung Galaxy Notes. 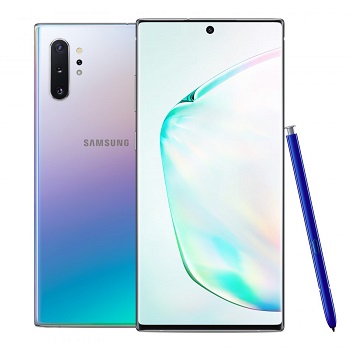 The Galaxy Note 10, like all other Note-series phones, gets the S Pen stylus. Samsung has updated the S Pen this year with an accelerometer and gyroscope, letting users interact with the phone just using the pen's motion-tracking abilities. Want to zoom the phone's camera in or out? Just swivel the pen in a circle. The S Pen can be inserted into the Note in order to recharge.

The pen also supports 3D augmented reality doodles, and the phone can scan objects to easily create 3D models. And now, for the first time, the S Pen can even convert handwriting into digital text in real time within Samsung Notes (which can then be exported to additional formats including Microsoft Word).

The Note 10 comes with a 6.3-inch, edge-to-edge Cinematic Infinity Display, with a small in-display front camera cut out in the center. Wireless PowerShare also lets users wirelessly recharge Galaxy Watch, Galaxy Buds, or other Qi-enabled devices, through the Galaxy Note 10.

Here are the full specs:

Both the LTE and 5G phones will be on sale starting August 23, 2019, so you can have this phone in your hands within weeks.

You might have spotted that there's no headphone jack listed in the tech specs. Controversially, Samsung has decided to ditch this feature with the Galaxy Note 10 (and Note 10 Plus), even after openly criticising Apple for doing the same thing years earlier. And while you do get a pair of USB-C headphones in the box, there's no dongle to attach a traditional pair of headphone to. 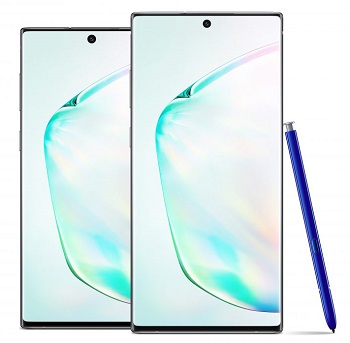 The Galaxy Note 10 Plus and Galaxy Note 10 Plus 5G phones both include the biggest Note display yet: A 6.8-inch Cinematic Infinity Display. The phones offer much of the same abilities of the Note 10, alongside some expanded specs beyond just the larger display, including 12GB of RAM, up from 8; as much as 512GB of storage, and a 4,300mAh battery.

Here are the full specs for the Galaxy Note 10 Plus:

There's still no headphone jack, but once again, both the LTE and 5G models will be on sale starting August 23, 2019.

Should You Get the New Samsung Galaxy Notes?

“Experience innovation” is Samsung's new buzzword for their focus on cross-device integration, an angle they are pushing in large part because the move highlights their 5G efforts. If you want to keep up with the 5G train, the 5G models of either phone are the way to go.

Still, the decision to buy one of these two sizes of Galaxy Note 10 might come down to the feel of the phone itself: Some users might enjoy the Note 10's smaller size and stylus support while others will want to try out the largest Samsung phone, the Note 10 Plus.

Either way, both models offer impressive enough specs as well as some groundbreaking AR capabilities. Just don't try to fold them.