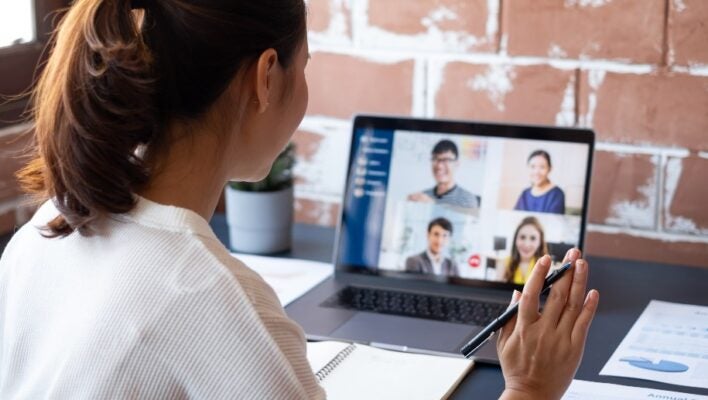 Despite an increasing demand for employees to return to in-office work, most managers are in favor of remote and flexible working arrangements, according to a new study by the University of Birmingham.

The report shows that 73% of managers believe flexible working arrangements have increased productivity, with 60% agreeing the same of employees who choose to work from home.

New data to support remote and flexible working will come as welcome news to many employees, as some employers are reversing remote work policies and demanding staff return to the office, despite downsides including a historic decline in productivity as a result. Here's what we know.

The University of Birmingham, in the UK, has released its latest figures from an ongoing study into Flexible Working and the Future of Work, and the evidence suggests that line managers are becoming increasingly in favor of remote and flexible working models.

The study assessed 527 managers on their attitudes toward flexible work, including future support, spatial flexibility and changes around consultation and surveillance in the workplace. It measured responses in 2020, 2021, and 2022.

While remote working was relatively rare prior to the Covid pandemic, it seems attitudes have now shifted to reflect our learnings borne out of necessity, and more than half (59.5%) of the managers surveyed now believe that fully remote employees are more productive, with 51.8% agreeing that it also improved employee concentration.

55% of managers reported being in favor of advertising more flexible work opportunities at the latest count, in comparison to the 50% reported in 2020.

While attitudes to remote and flexible working have improved compared to pre-pandemic stigma, some evidence does suggest a regression in the past year. For example, 43.3% of the managers Birmingham University surveyed believed long hours were required for employees to advance in an organisation, in 2020. This number decreased to 38.7% in 2021, but increased again to 41.9% in 2022.

The report's authors describe this creeping return of “long hours culture” and “presenteeism” as factors that “perpetuate inequalities” in workplaces, and argue that now is the time to strengthen and formalize new flexible working norms as well as extend them to front-line industries.

“COVID-19 working practices have dramatically impacted workplace norms around flexible working… More broadly, these changes are starting to reduce the stigma of flexible working to tackle the presenteeism culture as well as the long hours culture (which perpetuates) inequalities… However, we also see some signs between 2021 and 2022 that the long hours culture may be returning… which highlights the precarious and fragile nature of these new norms.” — University of Birmingham

This isn't the first report to suggest more work still needs to be done to fully accept the benefits of flexible and remote working into our culture.

In 2022, Elon Musk famously demanded that “Anyone who wishes to do remote work must be in the office for a minimum (and I mean *minimum*) of 40 hours per week or depart Tesla”, claiming that remote work ‘tricked people into thinking that you don't actually need to work hard'.

Tech giant Google has openly discussed its concerns about employee productivity, in contrast to findings that suggest 30% of remote workers do more work in less time when working at home, and 77% show an increase in productivity. Meanwhile, both Google and Apple implemented flexible work restrictions that resulted in the loss of some of their key employees.

Some companies have responded to remote working concerns by increasing surveillance methods, an approach which the University of Birmingham notes is “widespread, despite an overriding view that it does not improve performance and erodes trust”.

On Friday, a company in Canada ordered a remote worker to pay back $2,498.99 in ‘time theft' claiming her work was overbudget, after installing tracking software as evidence on her computer.

Benefits of Flexible and Remote Work

At Tech.co, we believe offering remote and flexible working, where possible, can springboard the success of your business. In addition to improved productivity, studies suggest that flexible and remote working can also offer a number of other benefits. These include improving staff wellbeing, retention and loyalty, diversity and inclusivity, and work-life balance, while reducing sick days and saving on running costs.

In the University of Birmingham's study, managers also reported feeling more cheerful, calmer, better rested and more active in 2022 than they had been in 2021, due to their flexible working models – although line managers continued to report higher levels of stress than senior managers when researchers compared the stats overall.

We have also found that remote workers are more optimistic (89%) than their co-workers (77%), according to documented studies, and have more job satisfaction (90%) compared to those that commute to the office (82%). The saved time allows workers to enjoy more sleep and dedicate time to leisure, which results in happier employees – and employees who work harder.

Regarding performance, the University of Birmingham report shows that line managers were more likely to see flexible working as a ‘performance-enhancing tool' (71.2%) than senior management (65.6%), indicating that senior management may be less in touch with the day to day impact of flexi-time.

How to Successfully Adopt a Flexible Working Model

The resulting recommendations from the University of Birmingham's report advises organizations and managers to:

This is in addition to other measures to ensure a commitment to remote and flexible working. That's not to say they ignored the challenges of implementation in workplaces. For example, the researchers questioned the following:

There is also the fact that 61% of managers agreed that working from home can lead to feelings of isolation and loneliness, highlighting the challenges that can directly impact the productivity of your team.

Still, worker demand isn't going away, and with 52% of staff willing to take an 11% pay cut to avoid returning to the office full-time, businesses need to consider alternative ways to build trust and support more flexibility.

Fortunately, there are plenty of tools to help businesses successfully adopt a more flexible working model. Investing in web conferencing tools like Microsoft Teams and Zoom is a great way to enable your teams to collaborate in real-time, more effectively.

Project management tools and other productivity-enhancing programs can also help to ensure your team is managing their time well, without micromanaging.

Creating healthy boundaries is also important when working from home. In the British university study, researchers found that 57% of managers agreed working from home can blur the lines between work and personal time – leading to burnout. To prevent this, it's equally important to take regular breaks.

Switching off from work during non-working hours is just as important as being switched on when you're on the clock, and setting clear expectations around your availability is the best way to promote a healthy work-life balance.

While some businesses, like Disney, are stepping away from more flexible working models, there are plenty of companies that offer great remote work opportunities and these are likely to attract the top talent in the long term. After all, it's simple Darwinism that those most adaptable to change will win out in the end.