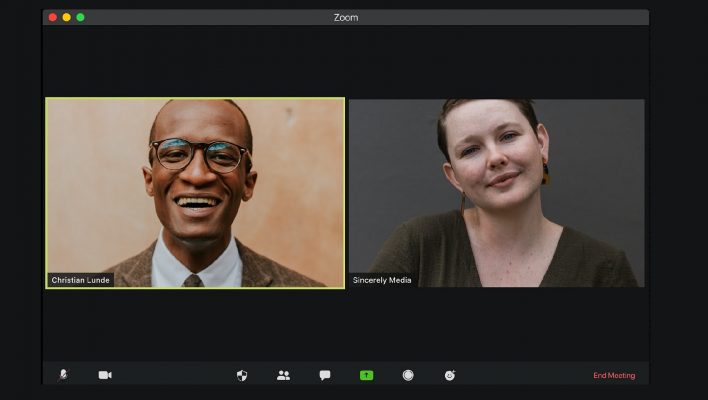 The current pandemic has seen a lot of upsets to daily routines, from heading to the shops to visiting relatives. But, by far one of the biggest impacts for office workers is staying away from the office, and replacing face-to-face meetings with video conferencing.

The adjustment hasn't come easy for all of us. And, while the technology behind our new communications is no doubt impressive, it does require a slightly new approach and way of learning to make it successful.

We've listed some tips below for those of you looking to improve your video meeting skills. To form this advice, we've enlisted the expert help of Will Rose, Chief Communications Officer of Harqen.AI, an organization dedicated to the application of tech and AI to job interviews (including by video conferencing).

See our guide to the best video conferencing apps

1. Consider the Time and Length of Meetings

We've all been stuck in meetings that seem to spiral on forever. But, when it comes to a video meeting, the lack of stimulus that occurs when staring at a screen can be felt so much more keenly. You can save some of this potential pain by being stricter with meeting lengths.

There are no hard and fast rules about how long a meeting should be. Really, it depends on the people you're speaking with and the focus of the meeting. But, it's important to try to keep video calls structured, and with a time constraint in mind.

According to a recent study by Microsoft, concentration fatigue sets in at around 30 – 40 minutes. Clearly, it's best to keep meetings considerably snappy if you want a productive session.

“Long video meetings can be draining and take away energy spent on other work-related tasks.” – Will Rose CCO Harqen.Ai

What you shouldn't do is schedule an entire day of meetings. According to the same Microsoft report, during days that are filled with meetings, levels of stress tend to creep in at around the two hour mark. This can only have a negative effect on everyone's productivity.

See our guide to the Best Google Voice Alternatives

2. Ask Yourself, ‘Does this Deserve a Meeting?'

Not all meetings need to be meetings.

This was true before the global pandemic took hold, and nobody of sound mind has ever pumped their fist in the air at the sight of yet another meeting request. Before you invite everyone to your next video call, ask yourself if it is actually warranted, and if the people you are inviting really all need to be there.

If you need feedback or input on a topic, is a video meeting the most effective way of doing it? Consider the other options open to you, such as email, or a message over Slack or Google Chat.

If a meeting is the best option, ensure that there is a tight agenda, that is sent to participants beforehand, so that everyone knows exactly what to expect, and can come prepared.

3. Try to Avoid Talking Over Others

Picture the scene. You're in the middle of a video meeting, about to make a killer point about the quarterly projections that is probably going to get you a standing ovation, and then Michael from Sales butts in with his theory about online acquisitions again (it's not going to happen, Michael). By the time it's your turn to speak, you've totally forgotten what it was you were going to say.

The natural instinct is to interrupt when you're keen to make a point. But, over a video call, this can be confusing and jarring – particularly with micro time-lags. As easy as it would be to blame Michael (seriously, that guy), the best thing to do is make sure you write things down during the video meeting.

Ideas, points you want to raise, questions for later, make a note of it all, so that when it's your chance to talk, you can make yourself heard. The benefits of this are three-fold.

First, it makes you look like a considered and thoughtful contributor to the meeting, so well done you. Second, it prevents the ugliness of talking over others. Third, it can negate the need for a follow up meeting, if you can cover all the important details. Win, win, win.

Allow plenty of space around others who are talking, ensuring that they have actually finished their point before you start yours.

“Because connection can be stalled via video and the audio might be a tad delayed, it’s important to pause momentarily after someone is finished speaking. This way, you know the person has finished their thought and you’re clear to jump into the conversation.” – Will Rose

The rise of the home video call has given us an intimate window into our coworkers' home environments, for better and worse. Sure, Jessica's kitchen wallpaper really ties the room together, and Dionne's golden retriever is adorable. But, no one needs to see that thing Simon keeps on his bedside table…

Take the time to make sure that the space around you is suitable for a video call, and get rid of anything that might distract you, or others. Also, consider the people you'll be speaking with. A quick chat with coworkers can be casually had on the couch, but, if you're speaking to important colleagues or participating in an external interview, try for a slightly more professional environment. And, don't be tempted by the quirky Zoom backgrounds.

“If it’s an internal meeting with colleagues, it’s likely less formal and would be okay to take the call from a casual location. If the meeting is more formal, for instance with a client, internal leadership, or for an interview, it would probably be better to take the meeting from a table with a clean backdrop.” – Will Rose

5. Prepare Before the Meeting 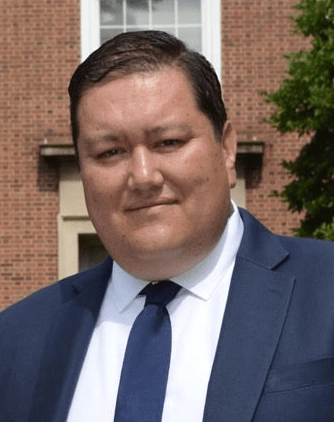 You know the old saying – fail to prepare, prepare to fail. That's still true with a video meeting, and you can't expect to crush your next one if you're joining it two minutes after a Netflix binge without having done any preparation.

Will Rose has some good advice here, so we'll hand over to him to share his top tips for your next video meeting:

Test your technology tools in advance of the meeting. Check your Wi-Fi signal and/or cellular signals. Glitches happen, so confirm you can log into the video system ahead of the scheduled conference time. If you are required to download an app, do so well in advance.

Arrive as well-versed as possible. Make sure you’re coming as prepared as you would to an in-person meeting to a video meeting. Sometimes, people will take video meetings less seriously because of the lack of physical closeness. However, in order present yourself in the best manner possible – preparing heavily beforehand is key.

Reflect a professional appearance and demeanor. In order to be taken seriously both in-person and virtually, exuding a professional appearance and demeanor is essential. Make sure you look well-kept. It may even be appropriate to wear what you would normally wear in the office via video. Additionally, avoid making unnecessary movement or wearing bright colors or statement t-shirts that might distract those on the receiving end of your video conference.