Find Deals On Our Best VPNs Have you used a VPN before?
Yes
No
Find a secure, fast and great value VPN
Home News

There are few events in the American TV calendar that spark excitement quite like the Super Bowl. This year, the Tampa Bay Buccaneers will take on the Kansas City Chiefs on February 7th at the Raymond James Stadium in Florida. The half time show entertainment is being provided by The Weeknd.

With the pandemic still in full swing, it'll be a slightly unusual event this year. Attendance is expected to be around 25,000, with the rest of the 30,000 capacity being filled with cardboard cut outs of fans.

The smart choice if you want to watch it is to stay at home and catch it online or on the TV, although Dr Fauci is advising strongly about the traditional Super Bowl party.

Rights to air the game alternate between the three main rights-holders for the NFL – Fox, NBC, and CBS. This year, CBS will host the game on its TV channel, and also stream it for free at CBSSports.com, and on the CBS Sports App.

However, if you’re not located in the United States, you might not have so many options to watch the big game – at least, not without paying a premium. The CBS site will identify if you’re accessing it from outside the USA, and will shut down your access to the stream. Bad news if you happen to be out of the country when the big game kicks off.

The good news is that technology can come to the rescue, and with a decent VPN, you can follow the game play-by-play, without a hitch. Our top-choice is NordVPN, which takes the trophy with its simple interface, large choice of servers and great value plans. Plus, you just might want to hang onto that VPN afterwards for all the privacy and content access benefits they bring. We explain all you need to know, below.

The Best VPNs for Watching the 2021 Super Bowl

NordVPN is a fast and powerful VPN, and offers excellent value for money, especially if you commit to the year subscription plan, or longer. That's why we think it's the best VPN to use to access the Super Bowl.

IPVanish is aimed more at those who have used VPNs before, and could prove daunting to newcomers. However, for those with some technical acumen, it's an incredibly powerful tool, with options to change the VPN protocol or enable different levels of leak protection. If that means nothing to you, we'd suggest sticking with the excellent NordVPN, above.

It may not have the snappiest name, but Private Internet Access (PIA) is a solid VPN that offers excellent value, and a simple interface that is easy to get to grips with.

As well as the usual features you'd expect, PIA also offers PIA Mace, which actively blocks ads and tracking tools that could follow your behaviour and target you with ads.

It also had a killswitch, so that should it ever fail, your connection won't simply fall back to your unprotected ISP access.

How do VPNs Work?

The benefits of doing this is that the VPN server hides your real IP address, which is unique to you and used to identify your location, among other things. With a VPN, you can choose which country to route your traffic through. This in turn enables you to access the internet as if you were based in that country.

To watch the Super Bowl, set your VPN to a US server and it will make it seem as though you're browsing the web stateside. Here's how:

As you're looking to watch the 2021 Super Bowl via the CBS site, you need to make it look as though you're located in the United States. How you do this will depend on the VPN you're using, but usually it will be a simple case of clicking on the region's flag, or selecting it from a map within the VPN.

Now that you're connected, it's simply a case of visiting the FoxSports.com site and settling down for the game. In this instance, you don't need to sign up for an account, so you can jump straight in. However, to access any other US sites or services, you may be required to set up login details.

If you don't want to watch the game with the US commentary, but would rather have the choice of another provider, you can easily switch your VPN to the region of your choice. In the UK, for example, the BBC have the rights to air the 2021 Super Bowl, with its own British commentary. You do, however, need to set up an account with the BBC's free iPlayer service. 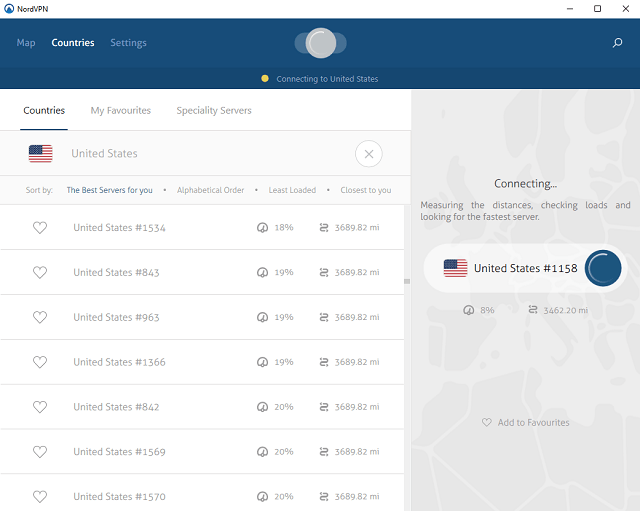 Should I Keep My VPN After the 2021 Super Bowl?

A VPN is a cheap addition to your internet tools, and in 2021, it's practically essential for those that care about their online privacy or want to open up the internet and access content they wouldn't usually even see from their region.