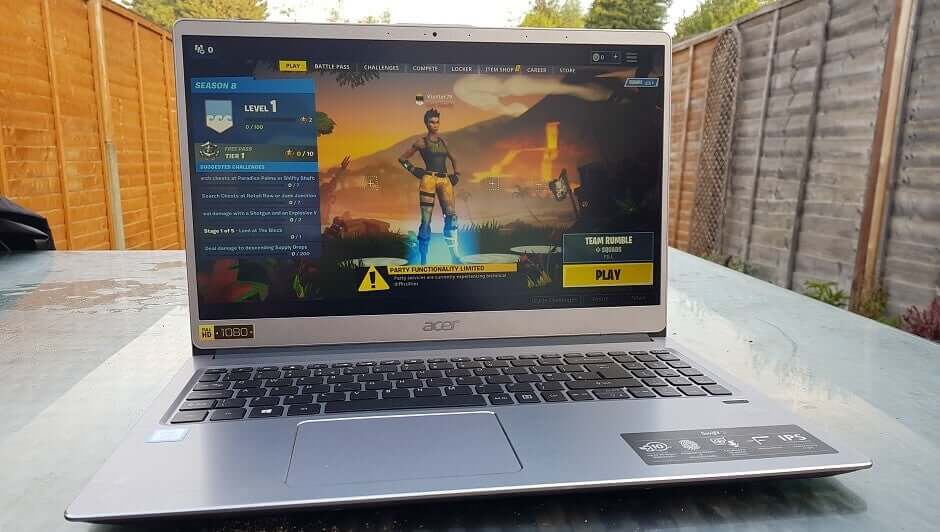 Acer Swift 3
Premium laptop on a budget
3.8
In Short

The Swift 3 forms part of Acer’s top end line. This line is perhaps most well known for the Swift 7, which Acer boasts is the world’s slimmest laptop. The Swift 3 is somewhat more modest, and while its profile isn’t quite as flattering as its more expensive brother, this 15-inch laptop still stays pretty slim.

Priced at around $850 for the i5 version, it’s an attractive price point for a laptop that offers impressive specs. Aimed at everyday users, the Swift 3 is capable of holding its own, and can do plenty for the money. It may not have the pizzazz of the Swift 7, but it does offer some of the scope, without the price tag. 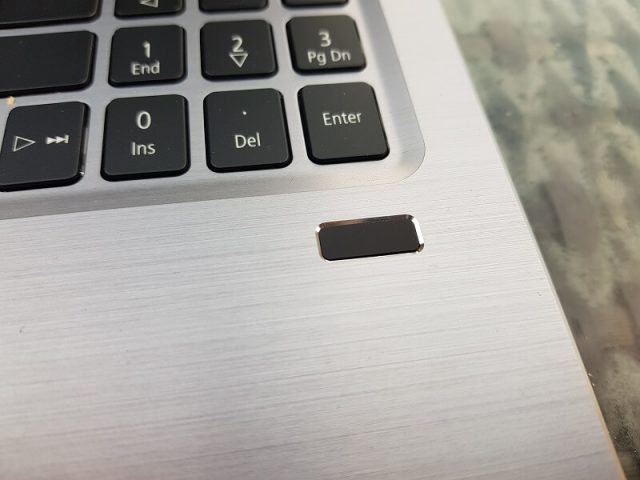 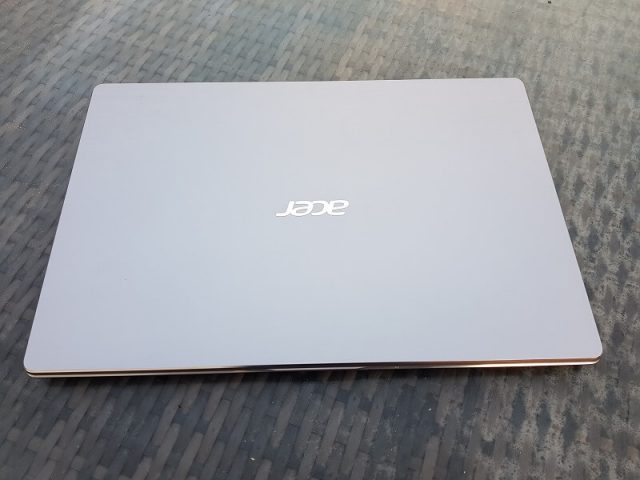 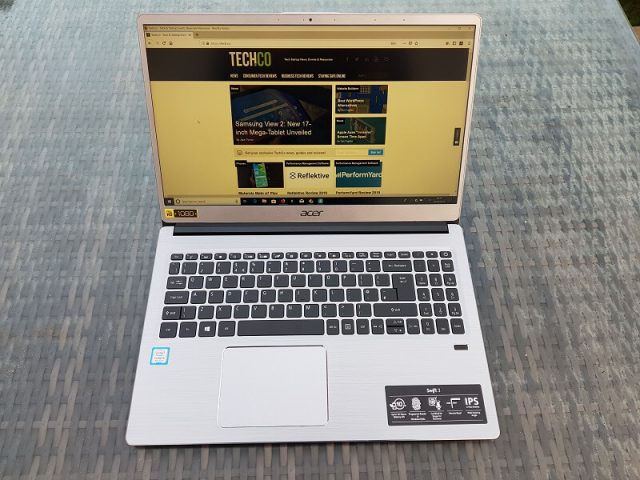 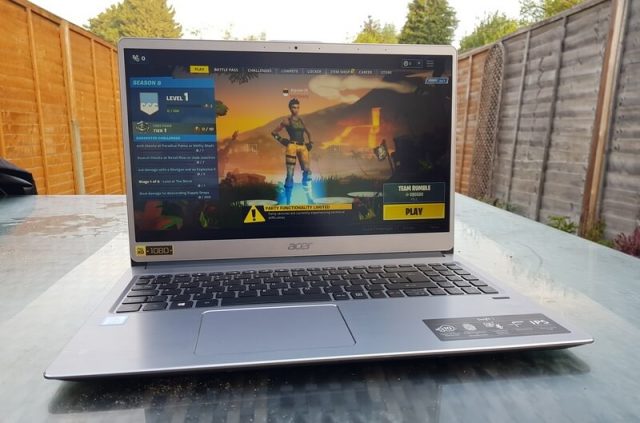 What is the Acer Swift 3?

The Swift 3 forms part of Acer’s top end line. This line is perhaps most well known for the Swift 7, which Acer boasts is the world’s slimmest laptop. The Swift 3 is somewhat more modest, and while its profile isn’t quite as flattering as its more expensive brother, this 15-inch laptop still stays pretty slim.

Priced at around $850 for the i5 version, it’s an attractive price point for a laptop that offers impressive specs. Aimed at everyday users, the Swift 3 is capable of holding its own, and can do plenty for the money. It may not have the pizzazz of the Swift 7, but it does offer some of the scope, without the price tag.

The Swift 3 has excellent battery life, so it’s great for long sessions – or a few days of intermittent ones – before it needs a charge. We got around 8 plus hours from it, which stacks up well against similar laptops.

So okay, it’s not quite the 10 hours promised by Acer, but aside from Apple, we’re yet to see a manufacturer who is able to accurately replicate real world conditions in their battery testing – they’re always somewhat optimistic. We can’t fault Acer here, though – 8 plus hours is a decent battery life.

The Acer Swift 3 is available in a number of configurations depending on your preference and budget, from an Intel Core i5 to an i7. The review sample we received rocked an Intel Core i5 processor and 8GB of RAM, and would set you back about $850 – making it a mid-range laptop, although for the i7 version you can expect to pay a couple hundred bucks more.

For the money, you get quite a bit. The i5 ensures responsive times, and the RAM keeps thinks snappy. Start up time from cold comes in at under 20 seconds, thanks in part to the SSD that it ships with.

You’ll need to spend extra to get a dedicated graphics card. Our review sample relied on Intel’s integrated UHD 620 graphics, but you’ll be able to do some light gaming on it if that’s what you’re after. We squeezed in a couple of games of Fortnite during testing, and the laptop coped fine.

Here at Tech.co, we’re suckers for ports. Sure, you can show us the slimmest laptop on the market, but the first thing we’ll do is look past the thin profile and check for spaces where we can plug in our peripherals.

This is where the Acer Swift 3 gets some major Brownie points. Not only do you get three USB-3 ports, you also get a USB-C port too, so there’s no need to fork out for an unsightly adaptor to connect all your devices. Then there’s an HDMI port for easy connection to an external display, and an SD card slot. Naturally, there’s also a 3.5-inch jack for audio out.

Some manufacturers sacrifice valuable ports for design, but the Swift 3 retains them, making it feel more like a laptop that was designed to facilitate everyday work.

The keyboard has a good amount of travel, and the keys make a satisfying sound when pushed. The keys are well spaced, and you don’t feel cramped at all – the size of the keyboard is actually closer to a traditional desktop, and the individual keys are a good size too, meaning fewer typos.

Acer has included a backlit keyboard here, so typing in low light is relatively easy, and a dedicated key can be used to turn it off and on as needed.

The touchpad is something of a behemoth, not helped by the lack of definition for the left and right buttons, which are simply part of the pad as one piece. However, the range of the pad during use is appreciated, and you don’t feel as though you’re confined to a small space, as some others would have you feel.

Acer has even seen fit to include a fingerprint reader on the Swift 3, which gives it a slightly more premium feel, and saves you from having to tap in your password every time you boot it up.

The large 15-inch screen is full HD, with a 1080p resolution. It’s not stunning, but it certainly feels crisp, and has a good viewing angle too. We found that it fared a lot better indoors than outside, where the image felt somewhat washed out when in direct sunlight.

The bezels are thin, especially at the sides. This means that the entire form is kept relatively small considering the size of the display, and will comfortably fit into a backpack.

Read our guide to the entire Acer line-up

There’s a slight issue with the design of the Swift 3 when it comes to design, and that’s the down-firing speakers, whose success depends on the surface you place the laptop on. Sat on a flat surface, the laptop does ok, though not spectacularly. There’s a decent attempt at bass there, with the audio bouncing back from the flat plane.

However, if you’re working with it on your lap, you’ll find that the audio is fired directly into your crotch, where it’s absorbed and the ending result is somewhat muffled. What we’re saying is, if you’re going to stream Game of Thrones, do it on the table.

It seems a little churlish to say that a mid-range laptop isn’t much of a looker, but we’ll say it anyway. While the Swift 7 in the range is genuinely stunning and incredibly slim, the Swift 3 screams function above all else, rather than style. It’s somewhat bland looking, but does that really matter? Possibly not, if you’re looking for a devoted workhorse rather than a computing icon.

However, we do have to give a shout out to the aluminium chassis – it’s a nice touch, and feels considerably more premium than the black plastic casing of some competitors.

There’s a lot to like about the Acer Swift 3, especially for thise that want a taste of high end laptop, but can't stomach the cost. You get a lot for your money here, especially if you’re after a laptop with a large screen that isn’t too bulky. Its specs are generous – and the extras, such as the fingerprint reader, are a nice touch. It’s a good example of premium, but at the lower end.

A great all-rounder that might not excite everyone, but will certainly serve as a loyal and capable companion.