Lenovo creates a wide range of laptops, from cheap 11-inch models with low-powered processors to powerful gaming laptops that light up like Vegas.

There’s also a range of Lenovo Chromebooks to consider, for those who want a break from Windows.

Which Lenovo laptop is right for you? We take a look at the whole line-up to help you decide.

Which is the Best Lenovo Laptop?

There are plenty of laptops to choose from, suited for home, business, and everywhere in-between. As one of the biggest laptops manufacturers in the world, Lenovo has a huge number of models, which can make it all seem a bit daunting. However, things feel easier when you understand how the Lenovo ranges work:

We’ve selected a standout model for each range below. For full details on the entire line-up, read on:

Lenovo is a Chinese computing manufacturer with over 30 years of experience, having been established back in 1984.

The company has an impressive output, with a swathe of new laptops being released each year. It also understands the importance of pedigree, having purchased the iconic ThinkPad brand from IBM in the 90s. But are Lenovo laptops any good?

We definitely think so. Lenovo has done a brilliant job of catering to pretty much everyone out there, and its selection is impressive. Its models are also solidly built, and should stand up to daily use without any issues.

The brand has topped LaptopMag.com’s ‘Best Laptop Brands’ for two years running, receiving acclaim for its support, warranty and design – as well as that wide selection.

If you want to check out some other brands, see our dedicated laptop brands guide 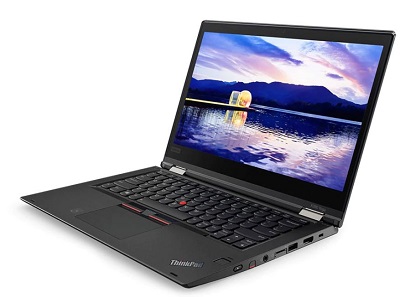 Lenovo’s ThinkPad series is primarily aimed at business users, although of course, you don’t need to wear a suit and tie or work in an office to justify using one. They are good laptops in their own right, even outside of the business environment.

The ThinkPad is an iconic laptop, and became ubiquitous as a work machine in the 90s when IBM still owned the brand. It was also NASA’s laptop of choice in space for some time. Since its acquisition by Lenovo in 2005, the Chinese manufacturer has continued the ThinkPad’s legacy.

The range itself is fairly varied, from the high-end, ultra premium ThinkPad X models – which start at around $1,000 and spiral upwards from there – to the smaller, budget models, like the ThinkPad 1e, a durable laptop with modest specs aimed at the student market.

There’s also the X1 Tablet, which straddles the line between traditional laptop and tablet, thanks to a fully detachable screen. It’s incredibly thin and packs plenty of power, but cheap it isn’t – The X1 starts at around $1,200, but we’d be lying if we said we didn’t want one.

If you’re after something with a more palatable price tag, then look to the E and A series. These are the everyman business laptops in the range. With the E Series, users can choose from an Intel or AMD processor, and a 14-inch or 15.6-inch display. The range aims to be portable, with a lightweight frame, but durable too. The A series is powered by AMD processors, and includes extra security features, such as biometric sensors (that’s a fingerprint sensor to you and me).

Elsewhere, the T series is aimed at professionals with higher demands. It’s highly configurable, while also boasting a battery life of around 14 hours – to put that into context, Apple’s MacBook gives you (a still respectable) 10.

Then there’s the P Series, which is aimed at users who need plenty of power and portability, and don’t mind paying for it. Some models, such as the P52, are even VR certified. 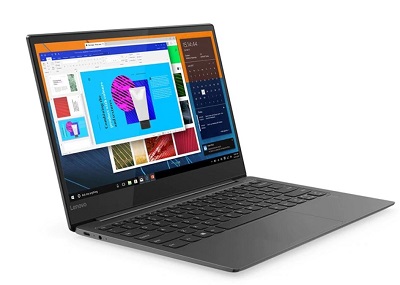 While the ThinkPad range has the business user primarily in its sights, the IdeaPad is more aimed at the typical consumer. That’s not to say you can’t get yourself a beefy IdeaPad – again, the range is stuffed with dozens of models for all users.

Let’s start with the 900 series. The pinnacle of the range in both price and specs, this is a serious entertainment laptop with a super slim Ultrabook design. Available with a 4K display and a bezel that’s remarkably thin, there’s a lot to like here. Naturally, Lenovo has kitted out the 900 with an Intel Core i7 processor, and it can be configured with up to 16GB of Ram. Battery life is impressive, too – on the Full HD model at least – coming in at 15 hours. For the 4K model, you’re looking at half that. An IR camera also brings with it facial recognition.

Next comes the 700 series, but we’re not at the budget end of the IdeaPad range yet – far from it, in fact. The 730S is, according to Lenovo, the company’s thinnest laptop yet – and at 11.9mm, it’s not hard to believe. However, this waif hasn’t sacrificed power for portability, with an 8th gen Intel Core processor and 16GB of Ram. It doesn’t have the facial recognition of the 900 series, although you can still live out your Mission Impossible fantasies using the fingerprint reader to log in. Battery life on this model sits at around 10 hours.

Next come the 500 and 300 series. These sit squarely in the middle of the line-up, and are the obvious pick for everyday laptops. The 530S doesn’t compromise with its Intel Core i7 processor, but the 300 series keeps things more affordable with a broader range of configurations. Available with 14, 15.6 and 17-inch displays, and starting at $299 for the Intel 330 with Celeron processor, there’s plenty of choice here for need and pocket.

If budget is your main concern, the 100 series is for you. Starting at just a little over $200 for the 11-inch 130S model, this model won’t run the latest games or impress your friends – but if you’re looking for a simple laptop for social media, browsing and some streaming, it will do the job admirably for little outlay.

Lenovo IdeaPad 530S
The IdeaPad is Lenovo's standard consumer line up of laptops, with a wide range of models available
In Short 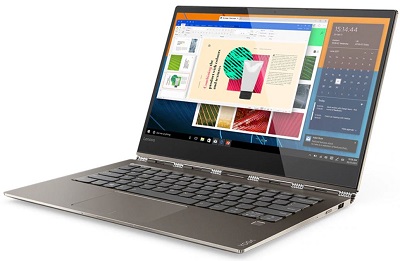 As the name suggests, the Yoga series is Lenovo’s flexible laptop line-up. These models can fold their displays all the way back, allowing you to use the laptop in a ‘tented’ mode, or even fully flat.

Like the IdeaPad, the grandaddy of the Yoga range is the 900 series.The most recent addition, the 940, introduces curved glass trickery, making bezels look incredibly slim. And while we’re not quite at full edge to edge screens yet, Lenovo doesn’t feel too far away with this model.

As you might expect, it comes with an Intel Core i7 processor, up to 16GB Ram, and has that fancy facial recognition camera. Oh, and it starts from $1,499, if that doesn’t burst your bubble too much.

Starting at a much more modest $540 is the 700 series. The entry level model, the Yoga 720, is a 12-inch laptop that comes with an Intel Core i3 from the last generation. While it may not be on the cutting edge, it’s a decent enough machine for casual users who want an everyday machine that offers some flexibility. At the other end is the 15-inch 730, which not only features an 8th generation Intel Core i5 processor, but also boasts a dedicated NVIDIA GeForce GTX 1050 graphics card, making it viable for gaming.

Most manufacturers have their own gaming line-up, and for Lenovo, it’s the Legion series. Unlike other dedicated gaming devices, design is somewhat understated, but you still get your RGB keyboards and large displays.

The series starts at just shy of $1,000, which nets you the 15-inch Y730. This comes with an Intel Core i5 processor, 8GB of Ram, and a 1TB hard drive. Graphics are handled by an NVIDIA GeForce GTX 1050 graphics card.

If you’re over Windows, then we’ve good news – Lenovo has a selection of Chromebooks, too.

The 14E is aimed at the education market, and made to appeal to students looking for a laptop for note taking and essay writing. Lenovo makes some big claims in its marketing about the 14E’s reinforced build and spill-proof keyboard, which might paint students as particularly butterfingered, but we’ve all been there. It’s powered by an AMD A4-9 processor, and comes with 32GB storage.

Lenovo also make a Chromebook version of the IdeaPad 100e, which has a low price tag of around $250. With its 11.6-inch display and MediaTek processor, it won’t turn heads, and it’s not going to run anything too strenuous – but for the price, it’s a fine Chromebook for casual use.

If you need something with a little more muscle, then take a look at the 500e. It has a more powerful Celeron processor and 4GB of Ram, which is more than enough for most Chromebook users, and also includes a stylus for annotating the screen. Like the Yoga range, it has a flexible display that can be adjusted to your liking.

Verdict: Should You Buy a Lenovo Laptop?

Lenovo is a well established brand that’s deserving of your time, with a great selection of laptops and Chromebooks to accommodate your budget. Want a high-end gaming PC? A slim Legion model is a smart choice. Want something cheaper? The IdeaPad range can accommodate anyone from casual users who just want to spend a few hundred dollars, to those looking for something a little more powerful.

In summary, Lenovo makes good laptops – the hardest choice you face is finding the right one for you in amongst its extensive selection.