Microsoft may be best known for its software, but the company has been working away studiously over the last few years, creating a range of laptops and tablets that marry serious specs with desirable design. Alcantra cloth keyboard, anyone?

Microsoft’s Surface range is made up of the Surface Laptop (a laptop, naturally), the Surface Book (a tablet/laptop hybrid), Surface Pro (high-end tablet) and the Surface Go (a plain old tablet).

Which is Surface best for you? As ever, it depends on your particular needs (and budget). The Surface Laptop is best for students or general work purposes. If you need more power, for creative work such as graphic design, then the Surface Book is best. If you want a more portable device you'll primarily use as a tablet, the Surface Go is the best value choice, while the Surface Pro 6 gives you more hardware horsepower (at a higher cost).

That's the brief summary, but you'll no doubt need some more detail before you invest in a Surface model. Below, we take a look at the entire Surface lineup, and help you choose the right model for your needs.

Fancy a Microsoft Surface device but confused about the range? We break down the details of the line up below:

On the surface – pardon the pun – the Laptop and Book don’t look worlds apart. They both have the form of a traditional laptop (albeit a stunningly slim and beautifully designed one), and the specs aren’t wildly different – choose from 8th gen Intel Core i5 or i7 processors, and expect 8GB or 16GB of RAM.

Where they part ways, however, is that the Book has a removable display. This means that you can detach it and use it as a Windows tablet, wholly separate of the keyboard itself – although it’s worth noting that both the Laptop and the Book have touchscreens, and are compatible with the Microsoft Pen.

In essence, the Laptop is a better work machine, while the Book is more suited to play and creativity. 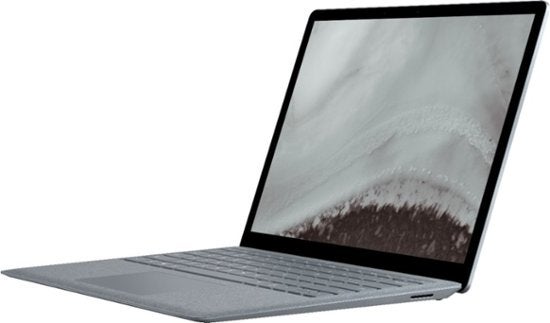 A brilliant MacBook competitor, great for students or work purposes

Whisper it, but the Surface Laptop is Microsoft’s response to the Apple MacBook – from the high end styling to the price tag. The keyboard is covered in Alcantra cloth, a suede-like material which makes it feel considerably premium. And if you’re worried about stains, don’t worry – it’s stain resistant, so it doesn’t fear your mocha.

The range starts at $999, and for just under a grand, you can expect the entry-level model to come with an Intel Core i5 processor, 8GB of RAM, and a 128GB SSD. Naturally, you can opt for an Intel Core i7 and expand the RAM and storage, but it’ll start to get pricey. The fully kitted out model comes in at a whopping $2,699.

Battery life on the Surface Laptop is excellent, clocking in at around 14 hours, making it one of the longest lasting laptops out there. Great for those long sessions away from the office.

A lack of options for dedicated graphics cards make the Surface Laptop 2 more suited to students and business users. If you’re more of a casual streamer or browser, we’d probably recommend investing in a Surface Go (with a keyboard) instead, and saving yourself a few hundred dollars. 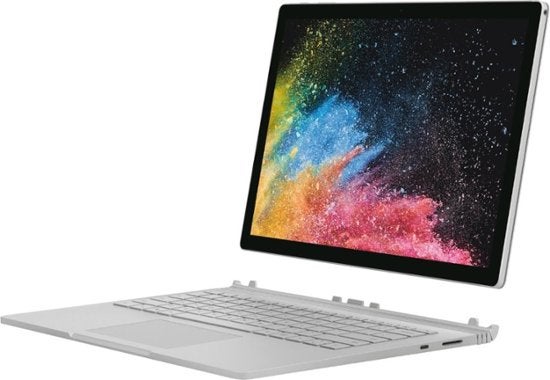 A hybrid laptop with plenty of power for creative tasks

The Surface Book 2, like the Laptop, feels every inch its price tag – which is just as well, given that the basic model starts at $1,049. However, this will only net you a 7th gen Intel Core i5 and no dedicated graphics hardware, which almost defeats the point of this range for the creative market it’s aimed at.

If you’re a budding artist, or a professional one, you’ll want to pick up the variant with NVIDIA GeForce graphics, which starts at $1,799 for the 13.5-inch model. Pick up the 15-inch version, and things get a lot more expensive. Are there cheaper options out there for Windows laptops with dedicated graphics hardware? Definitely. Do they have the style and versatility of the Surface Book 2? Not quite.

Another feature that the Book has over the Surface is battery life. While the Laptop 2 will go an impressive 14 hours between charges, the Book can, in theory, get up to 17. This puts it way above its rivals, and is a serious boon to those who want to create on the move. 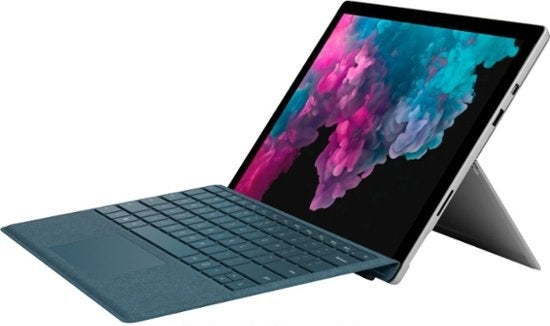 Microsoft’s Surface Pro range is aimed at those who are looking for a high-powered tablet/laptop hybrid. While the Surface Book 2 ticks those boxes, it first and foremost feels like a laptop. The Pro range, on the other hand, feels more like a tablet with a keyboard attachment (assuming you buy that accessory).

The latest version of the Surface Pro, the Pro 6, comes in a couple of spec configurations – but you might also find the older Pro 5 at some retailers for a knock down price.

The Surface Pro 6 is available with an i7 processor, and doesn’t come cheap. At $1,499 for the starting price, there are plenty of laptops out there with better specifications that will cost you hundreds less. However, if you’re after a Windows alternative to the iPad Pro, then this is a good choice.

If we have one complaint about the Surface Pro, it’s that the kickstand, which makes it super stable on flat surfaces, doesn’t translate so well to use on your lap. Make sure to keep that in mind if you like to do some typing on your commute, or when sat on the couch.

Ports wise, you get a USB 3 port, as well as a microSD card reader. No USB-C here, unfortunately. Battery life is pretty good at around 10 hours, putting it on a par with the iPad.

If budget is a consideration, the Pro 6 is also available with an i5 processor, which starts at $899. It’s a more palatable price, and unless you’re set on really pushing the Pro to the limits, you won’t notice the difference in power.

Externally, the two models look the same – both are well designed, with a sleek appearance that sees them rank alongside the iPad Pro as some of the best looking tablets on the market today.

Although it’s a couple of years old at this point, the Surface Pro 5 could prove a good entry point to the Pro range if you’re not too concerned about having the latest model. The Pro 5 series offered older processors, starting with a rather underpowered m3 that we wouldn’t recommend (grab a Surface Go instead).

However, design wise, there’s little difference between the 5 and the 6. If you can find a decent deal for an Intel Core i5 or i7 model – and are happy with a seventh generation processor over the new eighth generation – then the Pro 5 is worth considering. However, if you do want to jump through all those caveats, save a bit more cash, and futureproof yourself, go for the Pro 6.

Microsoft Surface Pro 6 (i5)
A powerful iPad alternative, but leave some money for a keyboard
In Short
Pros Cons 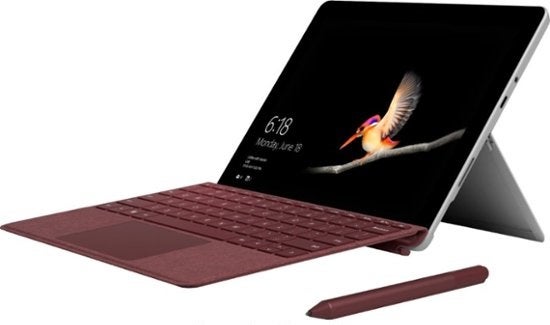 If you came to this guide looking for a bargain, you’re probably on the brink of thinking you won’t find one – but hold up. Let us introduce you to Microsoft’s Surface Go. Got $399 to your name? Then you can pick one up. Ostensibly Microsoft’s answer to the iPad, the 10-inch tablet is its entry point into the Surface range.

Unlike the Pro models, the Go appeals to mostly casual users. Its Intel Pentium processor might not be as powerful as the standard iPads, but unless you were to have them side by side, the average person would be unlikely to notice any dips in speed. With 8GB of RAM, it’s a snappy enough tablet, and daily browsers and streamers will find plenty to like here.

Unlike the more expensive Surface Pro 6, Microsoft does offer up a USB-C port here….but no USB 3.0. It seems like it's one or the other. While the USB-C connector is the more more versatile and modern port, you might need to buy an adaptor if your peripherals use the USB 3.0 standard.

As it’s Windows based, to really make the most of the Go, you’ll want to pick up a keyboard to go with it. These start at $99. Throw in the Pen too, and suddenly the price starts to creep up – but it’s still cheaper than getting a Surface Pro.

Rather have an iPad? Check out our guide to Apple's full tablet range

Verdict: Which Surface is Best?

Which Surface is best really depends on your needs and budget. The first thing to know is that you can get more powerful laptops and tablets for less. However, the design of the Surface range is impressive, and they are generally a joy to use – not to mention head turners.

Those who crave portability should look towards the Pro 6 if they have high demands of their hardware, or the Surface Go if they don’t. However, we highly recommend that if you go down this road, you should purchase the Type Cover keyboard accessory – a Surface tablet without it really does feel like half a product.