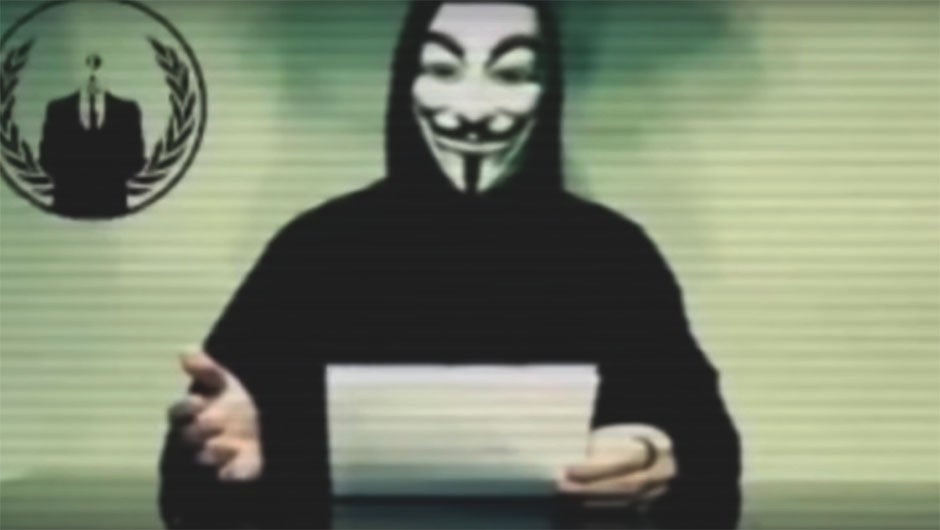 Jeff Bezos isn't the only influential figure responding to Donald Trump's trolling. On Wednesday, the online activist hacking organization, Anonymous, brought down one of the 2016 Presidential candidate hopeful's websites – the website for Trump Tower – with a DDoS (distributed-denial-of-service) attack. And, in a video recently posted by a person allegedly affiliated with the group, Anonymous claims that their actions are in response to Trump's proposal to ban Muslims from entering the United States.

In the video, the man in a Guy Fawkes warns Trump to “think twice” before he says anything else:

“Donald Trump, it has come to our attention that you want to ban all Muslims [from entering] the United States. This policy is going to have a huge impact…The more the United States appears to be targeting Muslims, not just radical Muslims, you can be sure that ISIS will be putting that on their social media campaign.”

Today, December 11, is also the hacking group's proposed “ISIS Trolling Day” – a day during which they plan to expose all the social media accounts affiliated with ISIS.