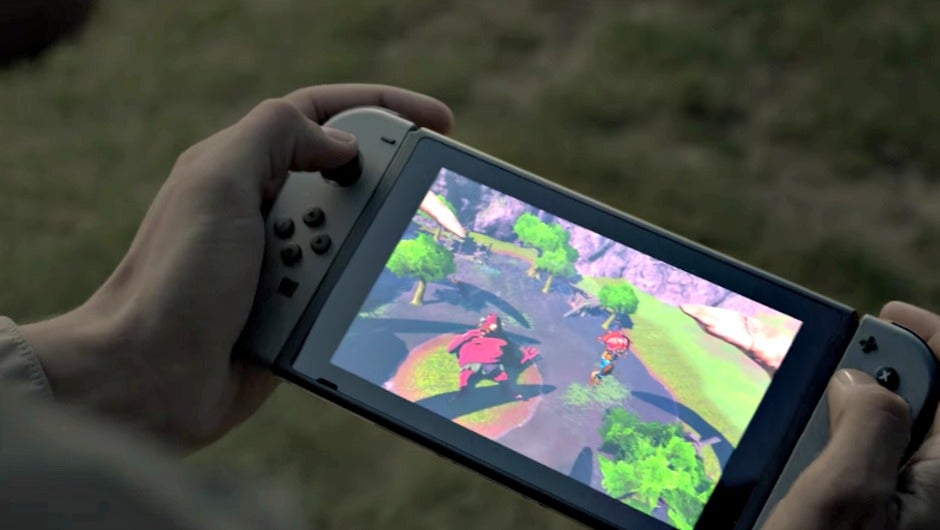 Today, Nintendo unveiled their latest hardware, the Nintendo Switch. Formerly named Nintendo NX, the Switch provides single and multiplayer gaming at home, and also enables gamers to play the same title wherever, whenever and with whomever they choose.

From the product unveiling trailer, a person can be seen playing a full scale Zelda game at home, lifting the center portion of the console up, re-attaching the controllers, and taking the game with him. From the trailer, it’s also evident that a single Nintendo Switch unit can be used to play at least dual (multiplayer) games on a single screen or be paired to play head-to-head. For dual screen mode, the two attached controllers can be used by each player. The trailer also shows what appears to be another larger controller that’s connected wirelessly.

Over the past few years Nintendo carved a strong niche in the gaming world with the 3DS, further refining it in the past year. Building on their mobile success and creating partnerships with Apple for iOS games, it’s evident that the Nintendo Switch further highlights how important mobile will become for gaming.

The Nintendo Switch is set to be released in March of 2017. We'll update this story as we learn more details.