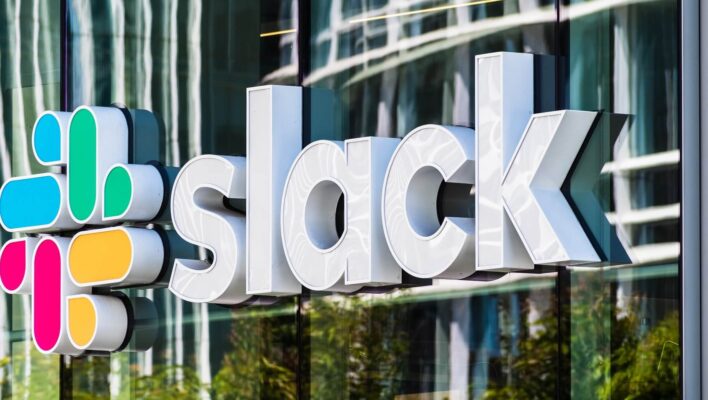 With fewer of us in the office than ever, workers should be making the most of limited face to face time, according to Slack CEO Stewart Butterfield.

There's no doubt that platforms like Zoom and Microsoft Teams have benefited hugely from the disruptive effective of the pandemic. Employees have had to reconsider the way they integrate video calls into their work day, but are they they best use of time when in the office?

With the rulebook on office culture having been ripped up in recent years, many are still trying to discover the best approach. Could doing away with video calls and siloed work culture in the office be the answer?

Maximising Time in the Office

Many of us are working hybrid to some degree these days, and simply aren't in the office as much as we used to be. According to data from McKinsey, 58% of US workers have the option to work from home one day a week. What's more, 35% can reportedly work remotely five days a week.

That's why, Slack CEO Stewart Butterfield argues, it's important that when we are in the office, we're using the time productively and not repeating the tasks that could be easily done at home.

In an interview with the BBC, Butterfield lamented the old style approach to office life:

“The 80% of the floor space that we dedicated to kind of factory-farm, battery-chicken housing for people to use their desks all by themselves and listen to their headphones, and not talk to anyone else… was a bit of a waste.” – Slack CEO Stewart Butterfield

Butterfield also argues for the trimming down of meetings generally, 20% – 30% of which he argues don't need to happen at all. He also supports an asynchronous approach, with employees recording their updates separately, and making them available for anyone to listen to when it fits their schedule.

It's perhaps not too surprising to hear Butterfield make the case for a more intelligent approach to hybrid working. As one of the first wave of companies to let its staff work from home permanently, agreed at the height of the pandemic back in June 2020, Slack knows a thing or two about hybrid working and communication.

Unlike some other companies in the tech space, it's not scrabbling to get employees back into the office either. Slack has been hiring more and more remote workers in the past two years, with Butterfield himself stating that it has thousands of employees in locations where they don't even have an office presence.

It's one of a growing number of companies that have put a real value in remote working, alongside the likes of Twitter and Microsoft.

Not All Companies Agree on Remote Working

Not everyone is one the same page when it comes to remote working. Some are reading from a different book entirely. With the pandemic easing off, we've seen many companies trying to get staff back into the office, and being met with fierce resistance. Some huge names in tech, such as Google and Apple, have been tirelessly campaigning for a return, but despite incredible office perks, are having a hard time.

Others are taking a harder approach. Tesla isn't pulling its punches, demanding that staff return to the office or risk losing their jobs. This could be bad news for Twitter staff should Elon Musk's purchase of the social media platform be successful – until now, they've enjoyed a hybrid approach, but could Musk put an end to this?

It's clear that office culture is currently in the middle of a transformation, with the accepted standard of Monday to Friday, nine to five, on the verge of extinction. What replaces it is likely to be more fragmented than it has ever been in the past, and ultimately, it's the employees, not the employers, who will get to decide what works best for them.