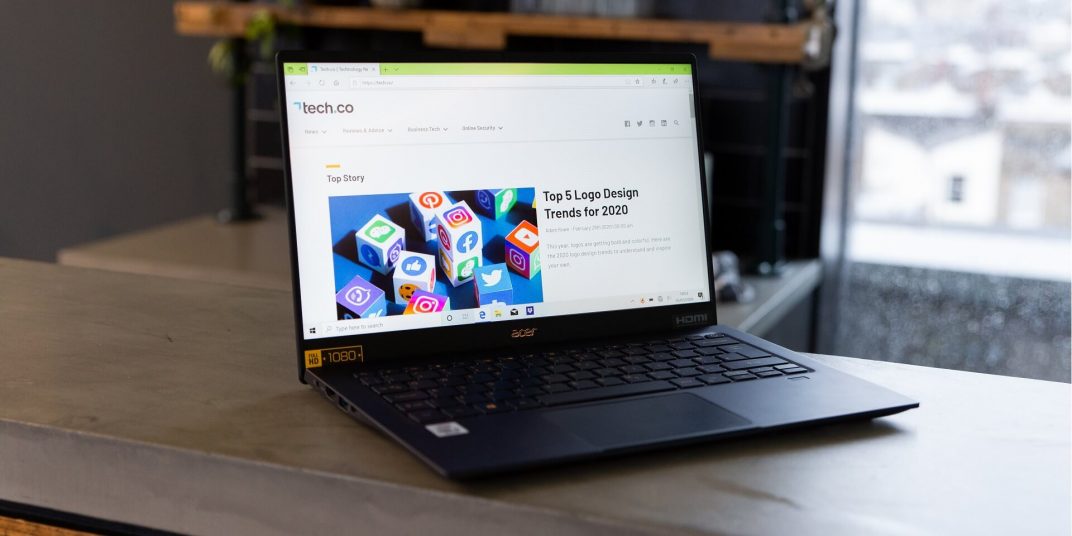 This content has not been updated since April 2020. For more recent tech advice for your business, why not try our look at today's top laptop brands?

The Acer Swift 5 is an ultrabook which looks to offer power and design in one tightly compact package – and if we’re going by the scales alone, it achieves this entirely. This laptop is the slightest that you will pick up this year. That’s not hyperbole – this thing gives the heavyweights of design (yes, even Apple) some real competition when it comes to lightweight laptops.

However, even Apple knows that the styling of a machine isn’t the be all and end all. So, can Acer pull out the stops when it comes to the tech running this slender device?

The main selling point of the Swift 5 is its weight, or lack thereof.

When you pick this thing up, your first reaction will be ‘Boy, that’s light’. Then, you’ll immediately pass it to your co-worker, spouse, or person in the coffee shop next to you, and say ‘Check out how light this laptop is’

This thing is light. In fact, it’s so light that Acer makes a point of marketing it as the lightest 14-inch laptop available. And why not? After all, when you pick this thing up, your first reaction will be ‘Boy, that’s light’. Then, you’ll immediately pass it to your co-worker, spouse, or person in the coffee shop next to you, and say ‘Check out how light this laptop is’. They’ll respond by lifting it out of your hands, and saying ‘Wow, that really is light’. What we’re saying is, this thing is light.

It used to be Apple who had the lightest laptop out there. They even had the audacity to name their range the Air. It wasn’t quite as light as literally nothing, but it was, at the time, impressive. The current MacBook Air weighs 1.29kg – hardly a whale, but stack it up against the Swift 5’s 900g size, and you get the idea. Consider the fact that the MacBook Air has a 13.3-inch screen compared to the Swift 5’s larger 14-inch, and it’s even more impressive.

So, lightness aside, what else does the Swift 5 offer? As an ultrabook, you would expect it to have plenty of power at its disposal – and you’d be right. It’s available with a 10th generation i5 or i7 Intel processor, and with a dedicated graphics card too, in the NVIDIA GeForce MX250. If you don’t need that much graphical muscle, you can save a few bucks by picking up the model with the integrated Intel Iris Pro graphics. RAM wise, you’re looking at either 8GB or 16GB, with storage of 512GB or 1TB. All this tech starts at around $999, which is in line with similar ultrabooks from other manufacturers.

For daily tasks, the Swift 5 will run as smooth as a James Bond pick-up line

For daily tasks, the Swift 5 will run as smooth as a James Bond pick-up line, and won’t falter as you open numerous applications and flit between browsers. Heavier graphical work should be reserved for the model with the dedicated NVIDIA graphics card, but even then, don’t expect to be running the latest games or demanding graphic design. Yes to older titles and less demanding ones, as well as some image and light video editing, but this shouldn’t be the main laptop of anyone serious about raw visual power.

When it comes to ports, you get a USB-C port which can be used for charging (don’t worry, there’s also a traditional charging port too), two USB-A ports, a HDMI port, and a headphone jack, which is a fairly generous selection of cavities for your accessories. Sure, we wouldn’t mind swapping one of the USB-As for another USB-C, but it’s a decent array of ports regardless. 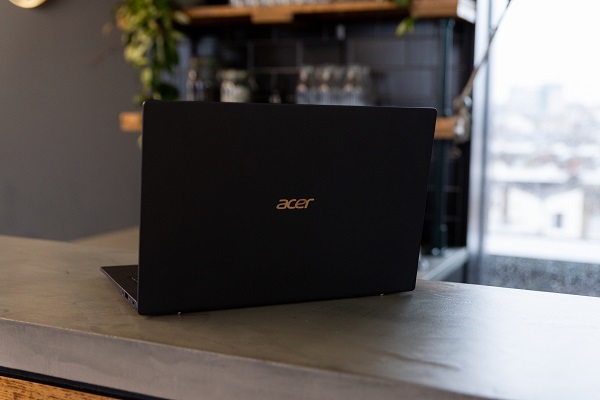 Design-wise, the Swift 5 is a fairly alluring laptop. This is of course thanks to its slim frame, with its metallic chassis set off with a touch of class thanks to a gold color hinge between the screen and the body. However, this cosmetic feature disappears when you open up the laptop, as it faces down towards the desk.

The 14-inch screen is bright and clear, and the display is a pretty standard 1920 x 1080 resolution – which is about the bare minimum we’d expect from a laptop pitching itself as an ultrabook in 2020. However, the screen is surrounded with a pleasing ultra-thin bezel. It’s a touchscreen, too, which we found responsive and intuitive to use.

The keyboard is responsive and the keys are pleasing to type on, with a reassuring travel that means mistypes should be kept to a minimum. The same goes for the trackpad, which is equally reactive to your movements. Also present is a fingerprint scanner, for those that prefer digits to passwords – again, it works fine, and we found it rarely failed to identify our prints. 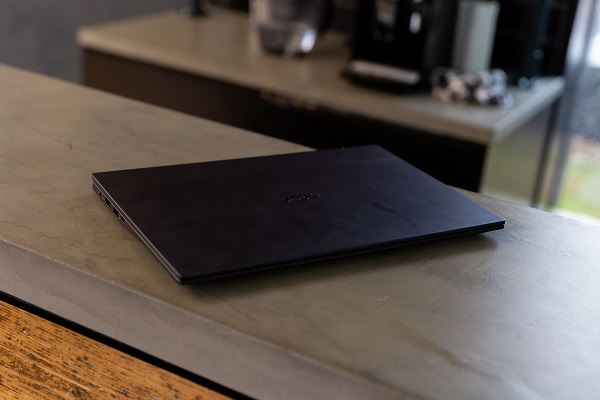 This might seem a minor complaint, but the Swift 5’s placement of the power button isn’t what we’d call ideal.

Reach for the top corner of the keyboard, and you can accidentally press the power button – then, it’s good night

It places it in the top right of the keyboard as a standard key, and if you’re not paying attention when reaching for the top corner of the keyboard, you can accidentally press it – then, it’s good night. For owners, this is likely a short term problem as you train yourself to its whereabouts, but it’s something to keep in mind.

Acer states that you can expect around 12.5 hours, but in practice, we found that about 7-8 was more realistic.

Then there’s the battery life. Acer states that you can expect around 12.5 hours. Now, we’ve been around long enough to know that a manufacturer’s battery life claim is about as reliable as an investment email from an overseas prince, and in practice, we found that about 7-8 was more realistic. Not too bad, but hardly up there with the upper echelons of laptop power stamina. You'll get a lot more life out of a MacBook or Chromebook. 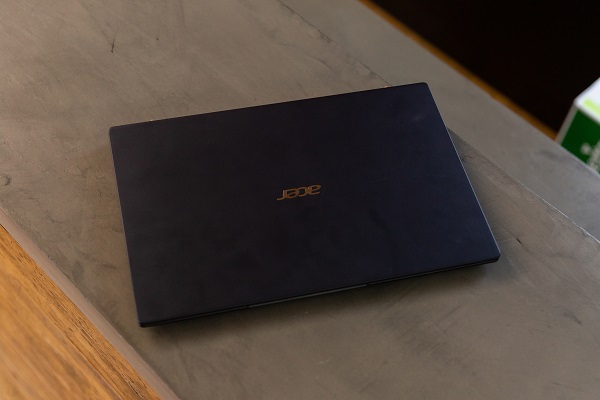 Boy, this thing is light. Have we mentioned that? Right we did, several times.

There you have it – if you want the lightest 14-inch laptop on the market, then stop reading, and buy this one. If you have other needs though, then there are plenty of other ultrabooks out there vying for the cash in your wallet, like Dell’s excellent XPS series. Does the Swift 5 do anything out of the ordinary? Not really – it’s a solid ultrabook, and you won’t complain if you pick one up (well, maybe about the battery life), but it doesn’t wow outside of its weight. That the most damning thing we can say about the Swift 5 is that ‘it’s fine’ really sums up this device.

Again, though, let us just say – this laptop is light.