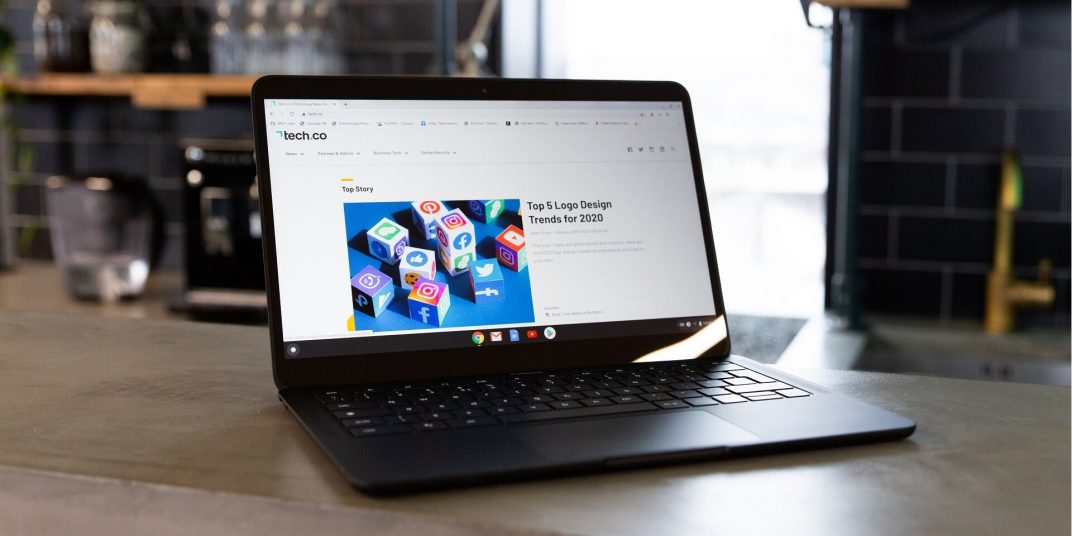 Google PixelBook Go
A good Chromebook, but pales slightly compared to its predecessor
3.9
In Short

The Chromebook Go is the successor to 2017’s Pixelbook, with Google taking the decision to remove some of the standout features of the older model for the sake of lowering the cost. The end result is a Chromebook that feels like a premium model that’s had its wings clipped. It’s still an excellent device in its own right, but resisting comparisons with the original model is near impossible.

“During our time with the Pixelbook Go, we just couldn’t shake the niggling comparisons with the older Pixelbook from our heads, wistfully lamenting each missing feature as if it were the perfect ex-partner whom we’d let slip away”

Chromebooks come in two flavors – wallet-friendly, low powered alternatives to laptops, and more expensive, higher powered… alternatives to laptops. Google’s Pixelbook Go resides in the second category, and it’s one that Google – who invented the platform in the first place – has felt more comfortable occupying, leaving the budget options to other manufacturers.

And yet, the Pixelbook Go is actually priced lower than the Pixelbook, the model it’s replaced – at least for the entry model. The Go starts at $650, while the previous Pixelbook hit store shelves at $1,000.

There are several reasons for this. Firstly, the Go offers a cheaper m3 processor at the low end, and it’s also (whisper it) not as premium as the Pixelbook.

The Successor to the PixelBook

While the 2017 Pixelbook felt like a high-end Chromebook with all the trimmings, the Go feels like a slight step back, at least design wise – presumably to make the price slightly more palatable. Gone is the high concept design, ditto the Pen support, the tablet/laptop hybrid functionality, and the high resolution QHD display (almost – the most expensive Go actually offers a 4K display, while the rest are simply Full HD).

While the 2017 Pixelbook felt like a high-end Chromebook with all the trimmings, the Go feels like a slight step back, at least design wise

What’s left is a pretty traditional Chromebook, albeit a powerful one which still offers up some nice Google-designed flourishes. Yes, it’s not as visually impressive as the Pixelbook, with no real design standout to speak of (except maybe for the slightly bizarre corrugated underside).

But, it does have the edge when it comes to raw power, thanks to Google using 8th generation processors compared to the Pixelbook’s 7th gen.

It might seem like we’re underselling the Chromebook Go slightly, and if we stop comparing it to the Pixelbook, we do concede that it’s a good ‘one of those’. Google doesn’t really make bad hardware, and the Go is no exception, serving up buttery smooth performance, a solid battery life (we got around 10 hours during our hands on time), and an overall enjoyable experience.

It might seem like we’re underselling the Chromebook Go slightly, and if we stop comparing it to the Pixelbook, we do concede that it’s a good “one of those”

The Pixelbook Go’s processor comes in m3, and (8th generation) Intel Core i5 and Intel Core i7 variants. We’d usually recommend against picking up an m3 processor for Windows laptops, but on Chromebooks, it’s not really an issue, given how less demanding these devices are. Any of these will have you zipping along. But, if you like to juggle multiple apps and tabs, then go for either the i5 or i7.

Storage starts at 64GB and goes up to 256GB. Traditionally with laptops, we’d tell you that the onboard storage isn’t a huge concern, as most allow you to expand space cheaply with an SD card slot. Sadly, not so the Go, so think carefully about how much you’re planning to save to the device before you buy. Of course, the idea behind Chromebooks is to save everything to the cloud, but there are plenty of people out there who prefer physical storage solutions.

While you’ll need to spend some serious coin for the 4K display, the standard 13.3-inch Full HD models are at least nice and clear, with excellent brightness levels, making the Go a good option no matter what sort of light you’re working in. The touchscreen is responsive too, and feels natural to use.

We’re not necessarily convinced by the bumpy undercarriage, but we do appreciate the two rubber feet, designated as strips that run parallel for the length of the device. These strips keep it stable and stuck firmly to the surface you’re working on.

We’re not necessarily convinced by the bumpy undercarriage, but we do appreciate the two rubber feet 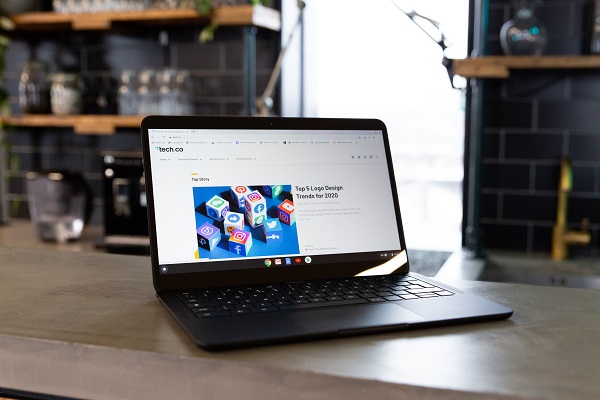 Despite the price tag of the Pixelbook Go, there are some elements of the design that don’t quite work as well as they could. Our main gripe about the Pixelbook Go is the keyboard, which doesn’t reflect the cost of the device.

While the keys are responsive and presses feel accurate, it’s plasticky, and the whole thing feels like someone has gone overboard with a can of polish. Our fingers easily slid around on its ultra-smooth surface, meaning that our accuracy wasn’t quite as good as we would want it to be. The touchpad suffered a similar issue. It may be that with a little use this issue resolves itself, but certainly our initial impressions were not great.

We would have liked to have seen a few more ports on the Go. You get two USB-C ports and a headphone jack, but nothing else. No SD card slot, as we mentioned. With one of those USB-C ports occupied while charging, you’re really looking at just one available port.

It’s probably fair to say that nobody comes to a Chromebook expecting to be blown away by the audio. The Go does a fairly middling job in this department, with the stereo speakers offering a serviceable facsimile of audio that gets it done, but not much else. Fine for the odd YouTube video, but for those long Netflix or Spotify sessions, bring your headphones. 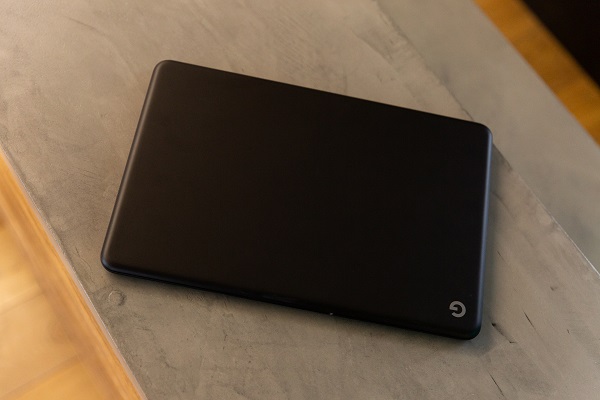 The Pixelbook Go is a good device that offers Chromebook fans a powerful experience at a slightly cheaper price than its predecessor, at the cost of some of the more interesting features. If that appeals, then you won’t regret the decision to pick one up.

However, during our time with the Pixelbook Go, we just couldn’t shake the niggling comparisons from our heads, wistfully lamenting each missing feature as if it were the perfect ex-partner whom we’d let slip away. Yes, on paper, the Go is slightly more powerful than the Pixelbook, and battery life is improved. When it comes to pretty much everything else, though, the Pixelbook pips it.

It’s worth shopping around before you pick up the Go. While Google has discontinued the Pixelbook, they’re still available from retailers, and if you can find one at a discount, we think it’ll be a better buy for your buck.

Is this Pixelbook Go a good Chromebook? Yes, undoubtedly. Is it the best Chromebook? No – the older Pixelbook still retains that crown.