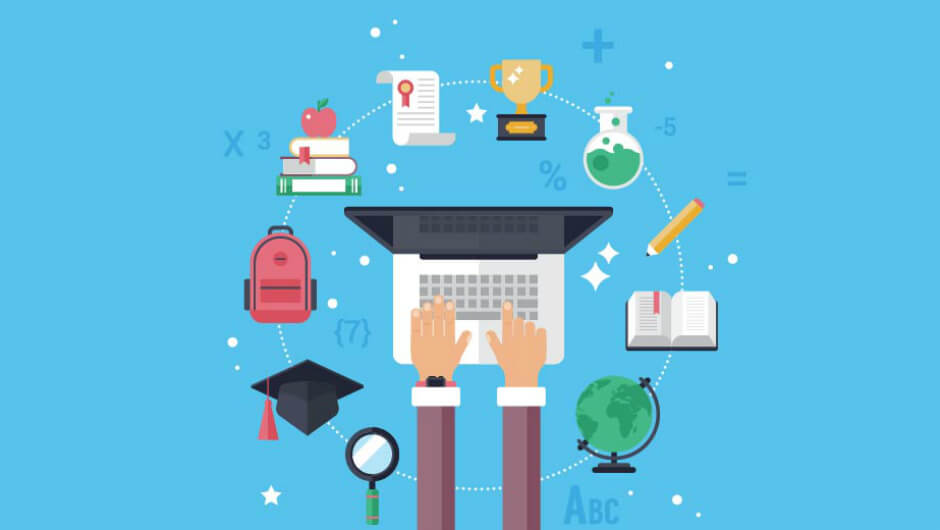 A good laptop can give your child a fantastic research tool to see them through their school years. The best school laptops can help children to learn vital computing skills, and also give them a powerful research machine for all their studies.

The ideal laptop depends on what your child will be studying, of course. But in all cases, you'll definitely want it to be good value, dependable and lightweight. It should also last for a number of years, seeing them through many classes – and, of course, great grades!

We pick out some of the best laptops out there for students, with models to fit all budgets.

The Best Laptops for High School

These are the best laptops you should consider for packing into a school bag:

The Apple MacBook Air might be Apple’s cheapest laptop, but you’re still looking at over $1,000 worth of tech, so it’s by no means a budget choice.

It should, however, last for years – ideally seeing a student through from high school to college.

Packing an Intel Core i5 processor, the Air will happily cope with hardcore homework, and the 12 hour battery means that it can keep going from the breakfast to recess through to evening without needing a charge.

After a period of neglect, Apple is back to promoting the Air again, and the 2019 MacBook Air is one of the best MacBooks (and cheapest) you can buy. If you're keen on a Mac and fancy making a saving, you can still pick up the older MacBook Air model for under $1,000. It's a perfectly good computer that's still super-stylish. 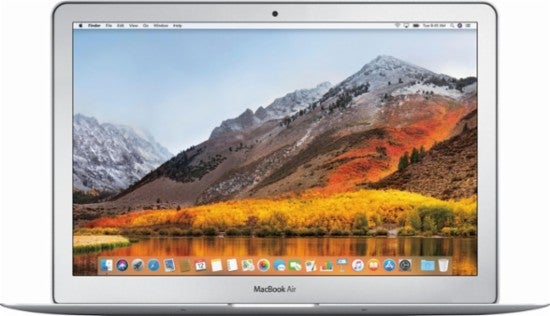 Sticking with powerful laptops, this is another generous model for students. The Dell XPS range is its high-end series of laptops, designed to give MacBooks a run for their money.

It's the kind of laptop to consider for a senior student with more demanding coursework, perhaps. For any other high school student, it's overkill. The Dell XPS 13 has a fast processor in a small and lightweight frame, plus with a decent battery life.

A solid state drive means it's fast to boot up, taking just seconds, so that killer essay idea won’t be lost in the moment. 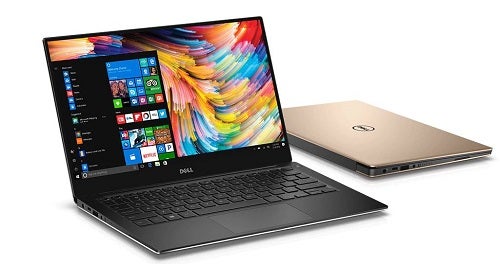 Dell XPS 13
Plenty of power and lots of style
In Short
Pros:Cons:

It may not be a powerhouse, but the Samsung Chromebook is an excellent companion for lectures, thanks to a near instant startup time and the full range of Google apps.

It runs the Google Chrome operating system – all notes and essays are automatically saved to the cloud, so there's no panic about lost files if the laptop gets left on the school bus.

Chromebooks like this one can open and edit Microsoft Word or Excel documents, though they use Google's suite of web apps (Docs and Pages) to do so. They're virtually indistinguishable in practice, and the Google tools have better options for sharing and collaborating on work. 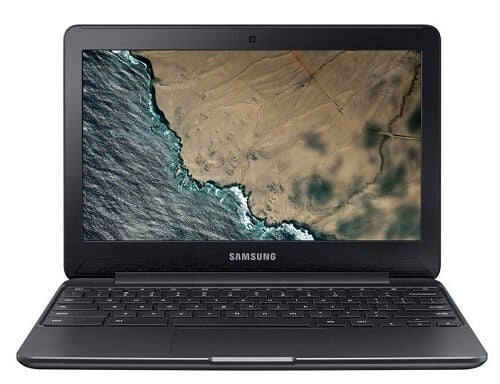 Another Chromebook, but this one is more powerful, making it a great choice for those looking to run more demanding apps or keeping lots of browser tabs open at once.

It also has a neat trick up its sleeve – its touchscreen can rotate 180 degrees and double as a tablet.

The touchscreen is useful for making quick diagrams or notes, and the flexible screen makes it easier to comfortably watch videos when it's in the “upside-down-V” shape. 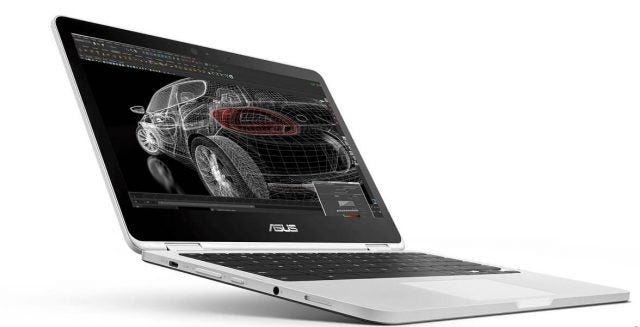 Best for students on a budget

The cheapest Windows 10 laptop on our list, and for a reason – the low-end Pentium processor isn’t really that powerful.

But, for the money, you’ll get a more than capable laptop that can deal with Word documents and spreadsheets without breaking a sweat. It may not be able to handle demanding programs (forget 3D gaming), but as an essay machine, it’ll do a fine job.

The battery life is good too, meaning that you won’t get caught out with the dreaded battery warning symbol at critical moments.

Technically this is a tablet rather than a laptop, but it's a good Windows 10 device to consider.

Microsoft has recently introduced its cheapest entry-level Surface yet, the Go, priced at $400. The price point makes it a compelling alternative. Easy to slip into a bag, offering the full Windows experience and with a long battery life, there’s a lot to like here.

You’ll definitely want the keyboard though, which is sold separately (for an extra $100). 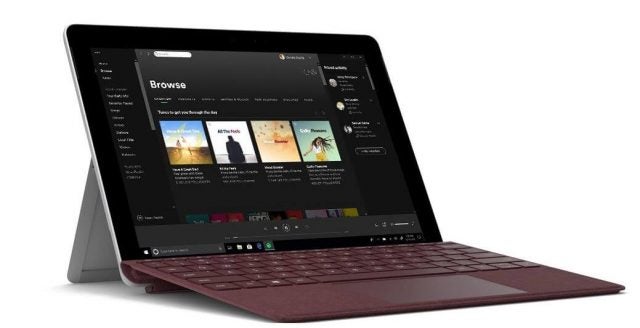 Best for students (or parents) with deep pockets

Does any school student truly need a MacBook Pro? No. Do they want one? Yes. They really do.

Make no mistake, the MacBook Pro is overpowered for anything your average school student would want it for, but if you’re a family of MacBook owners, then you might be tempted.

The great thing about the MacBook Pro is that it is designed to last, meaning you can expect it to last the school years, accompany them to college and even to their first job – by which time they can buy their own laptop. Don’t forget the generous discount that Apple offers to students, either, knocking $100 off the asking price. 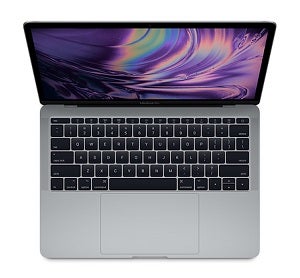 If budget is a concern, then rest assured that there are plenty of choices that will serve any school student perfectly well. The Acer Swift 1 mentioned above is a snip at $300, and that price is by no means an anomaly.  Shop around and you’ll find plenty of laptops that fit your budget and can do everything a school child should need. So, how much should you be looking to spend?

This is the starting point for Windows laptops. At this price they will be low powered, and chunky. They're also likely to not come with too much storage space, but most can be expanded with a cheap SD card. There are also a lot of Chromebooks available at this price point – these are well worth considering. They may be a little more basic than a traditional laptop, but can do pretty much anything a student would want. See more about Chromebooks below.

You're entering the mid-range territory at this price point, so you’ll be able to pick up a laptop that offers a modest degree of power. Processor and Ram are the key differences. While under $300 you’ll be restricted to around 4GB of Ram, for up to $500 you can get 8GB. More importantly still, the laptop should have a more respectable processor. This will mean faster startup and running speeds and better multi-tasking from the laptop – useful for flitting through the numerous browser tabs open during research, or when going between documents.

With up to $750 at your disposal it’s possible to score a nice laptop. But really, for school students, this price point is diminishing returns. While faster processors mean better performance, it will be mostly under-utilized. You’re paying for the kudos of a more powerful laptop without actually getting to use the power. Imagine buying a supercar, but only ever driving it at sensible speeds on public roads. However, if your child is studying anything like graphic design or coding (or wants a laptop for gaming, too) the price could be justified.

At this price point, you're certainly being generous. The most likely laptops to fall within this band are Apple MacBooks – they're brilliant machines, but overkill for essay writing and web browsing. The main things going in their favor are style and reliability. A MacBook will look the part, but being super-slim, they're easy to put in a bag for the day. Better still, a MacBook should last for years.

Should I Buy a Chromebook for School?

A Chromebook differs from a traditional laptop. These low-cost models run the Chrome operating system rather than Windows or macOS. The ethos behind the Chromebook is “cloud-first” – everything is stored online. Although Chromebooks do come with some built-in storage, it’s usually small.

You don’t get Word or Excel either, but Google’s nearly identical alternatives – Google Docs and Google Sheets – as well as other apps such as presentation software. Importantly, you can open and edit Microsoft files with these tools.

Chromebooks tend to be speedy to start up too, utilizing an SSD and not bogged down by unnecessary programs. It’s a very well streamlined platform that runs the same way your Windows laptop did when you first took it home, but everyday.

Chromebooks are also very light and portable, strengthening their justification as a worthy consideration.

The main reason to go for a Chromebook? Price. You can buy a respectable model for under $300, and it will run fast and look slim and modern. If your child is only going to need a laptop for spreadsheets, essays and web browsing, a Chromebook can be a great choice.

Should I buy an Apple MacBook for school?

There’s bound to be at least one much-envied student in the class with a MacBook, but that doesn’t mean that you have to follow suit.

For a school student, even the entry level MacBook Air is overkill. Yes, of course it'll run quickly, plus give lots of power and a beautiful screen. But, there are laptops that can do all the same tasks for half the cost (and admittedly, a little less style).

That said, your child will love you forever (or until the next Apple refresh), and that laptop will last a long time. It might even find its way back to you, if your child moves onto the next thing.

The good news is that Apple offers some decent discounts on MacBooks for students – if you want to buy one laptop to last plenty of years, it could still work out as a good investment.

Which MacBook Should I Buy? – our handy guide explains the differences between the MacBook Air, Pro and 12-inch MacBook

Back to School Laptop Deals

If you're looking to pick up a new laptop for a student, there are a few ways you can save yourself some cash in the process.

Timing is key. The back to school season is a vital one for retailers, and they'll be slashing prices of school kit. That's not just pencils and erasers, but laptops too. Check the retail stores before a new term starts to find decent deals on laptops, including Best Buy, Target, and Amazon. You can check the history of Amazon's product pricing at www.camelcamelcamel.com to make sure that a bargain laptop really is on sale for its cheapest price.

Don't forget to go straight to the manufacturers either. Both Apple and Microsoft offer student discounts on their laptops. Microsoft gives a 10% discount on hardware, but also offers software to students for free, including Office 365, which includes full versions of Word, Excel and other programs.

It's also worth checking if the school has an existing program. Some schools offer laptop loans to their students, depending on background. If you qualify, you may be entitled to a free loan of a device for the child's time at the school.