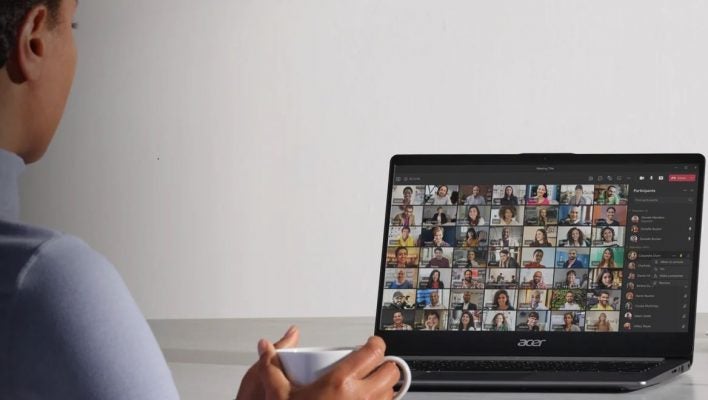 Microsoft is on something of a roll at the moment, seemingly adding new features to Teams on a weekly basis. The latest addition is the ability to download attendance reports for your Teams meeting, even after the meetings have finished.

The feature was available previously, but the report to be concluded while the meeting was underway, meaning it wasn't always practical. Now though, this data can be delivered to you at your own convenience.

Like a lot of other recent additions, the upgrade comes directly from a user request on the Microsoft Teams forum.

See our guide to the Best Video Conferencing Platforms for Business

For many Microsoft Teams users, knowing who has attended your meeting, and when, can be of key importance – especially for those running large meetings who may not have visibility of all attendees.

While Microsoft Teams has always allowed the ability to pull this data, it had to be done during the meeting itself. This meant that as soon as the call ended, the chance was gone. With other responsibilities for the meeting organizer, pulling this report while ‘live' wasn't always convenient.

Luckily, thanks to a request from a Microsoft Teams user, it's now possible to extract this information even once the call has ended. The attendance report will automatically be added to the meeting chat once the call is over. If the call is being recorded, it will be added alongside the recording and transcript.

As for the kind of data included, you can expect a list of the names of all those in attendance, start and finish times, and how long they were on the call for. 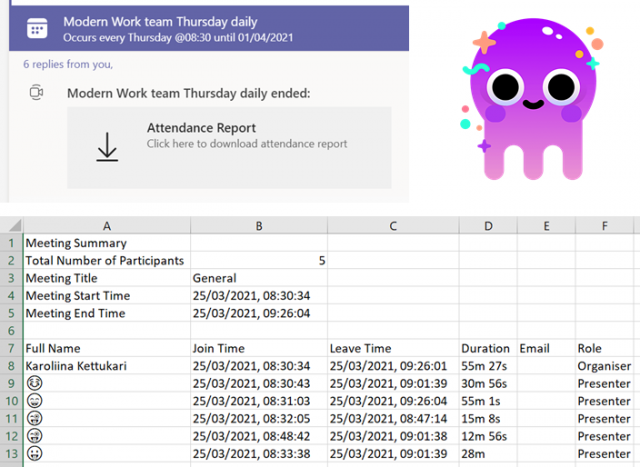 It's not the first time that we've seen an update come to Microsoft Teams at the request of its user base. We've reported before on previous suggestions that have been added to the Teams roadmap by Microsoft, including the ability to have more control over the chat function.

This request for the an updated attendance tool came from a user on the Microsoft Teams forum in 2018, and has attracted over 20,000 votes and nearly as many comments, meaning that it's clearly one that has resonated with a lot of people.

In their original request, the user stated:

Currently, there is no method of viewing a list of meeting attendees after a meeting has ended. Meeting organizers should be able to view or export a list of attendees, including enter and exit times, duration, etc. – Microsoft Teams user

A response posted this month in reply to the 2018 request assured the user that this had now been implemented.

Is it Time to Switch to Microsoft Teams?

The past year has seen a huge surge in the use of video conferencing, with the pandemic meaning that many workers have swapped their office for their own homes, connecting with colleagues online instead of in person. This looks set to continue in the future, even once people start to return to the office, with many companies already telling their employees that they are free to work from home.

Microsoft Teams has some heavy competition.  There's no doubt that 2020 was the year of Zoom, and then there's the likes of Google Meet and GoToMeeting, to name a few. So how can Microsoft Teams stand out?

For one, it has an impressive roadmap with a long list of upcoming features, and it clearly listens and responds to its community, as this example shows. There is also the clear advantage of its integrations with Microsoft 365 – naturally, it works well alongside Microsoft's other products. It also has a free tier, although you'll need to sign up for a paid-for package if you want your calls to go over an hour.

Read our comparison of Microsoft Teams versus Zoom