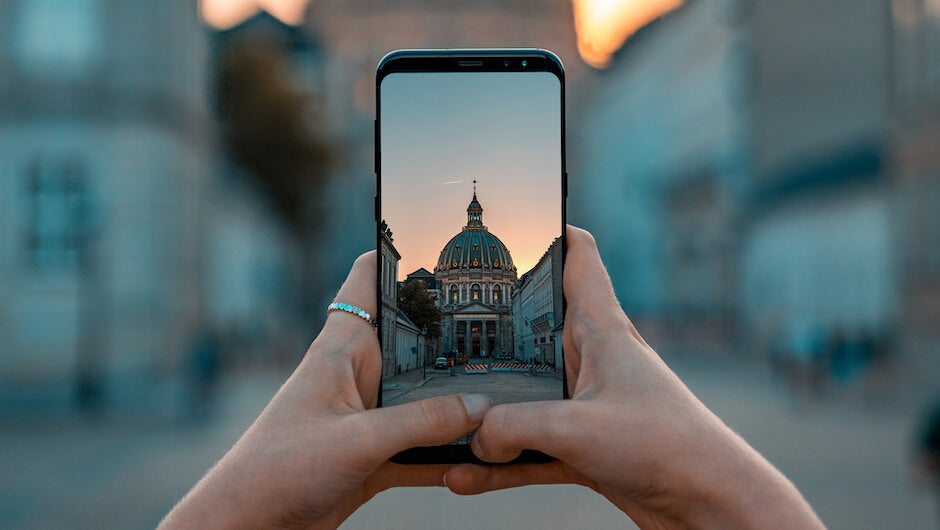 Samsung just raised the stakes on mobile photography, as the South Korean tech giant has announced the industry's first 108Mp image sensor for smartphones, and the rest of the tech world has taken notice.

Between filters, portrait mode, and telephoto lenses, mobile photography has evolved tenfold in just a few short years. From the Pixel lineup to the newest iPhone, smartphone cameras have gotten so good that their pictures are borderline indistinguishable from professional photographs, particularly for everyday users.

Well, that line between professional and smartphone photography is about to get a whole lot blurrier, thanks to Samsung's latest announcement.

What Did Samsung Announce?

In a statement released on Monday, Samsung introduced the 108 megapixel (Mp) Samsung ISOCELL Bright HMX, the first smartphone image sensor to go beyond 100 million pixels. The substantial upgrade was possible thanks to a partnership with Xiaomi that saw the two smartphone behemoths working together to produce the groundbreaking piece of mobile photography technology.

“Samsung is continuously pushing for innovations in pixel and logic technologies to engineer our ISOCELL image sensors to capture the world as close to how our eyes perceive them.” said Yongin Park, executive vice president of sensor business at Samsung Electronics, in the statement. “Through close collaboration with Xiaomi, ISOCELL Bright HMX is the first mobile image sensor to pack over 100 million pixels and delivers unparalleled color reproduction and stunning detail with advanced Tetracell and ISOCELL Plus technology.”

This announcement has some far reaching implications for the future of mobile photography.

While smartphone manufacturers like Apple, Google, and yes Samsung have been happy to meander around with low megapixel cameras for the last few years, this new image sensor could reboot a battle for megapixel supremacy that could see our smartphone pictures getting dramatically better on a yearly basis. But how much better are they really?

How Much Better Will Pictures Be?

108 megapixels is a lot for a smartphone. For the sake of comparison, the average smartphone camera comes in at around 10 to 20MP, which means 108 megapixels is a substantial upgrade as far as your smartphone pictures are concerned. Heck, even the Pixel 3's infamously incredible photos are taken on a 12MP camera, so Samsung is seriously upping the ante with this new image sensor.

Yes, that all sounds like a bunch of tech mumbo-jumbo, but simply put, a bigger sensor means it can gather more light. The more light an image sensor gathers, the higher the quality of any pictures it takes, making this new image sensor that much more impressive for Samsung.

Are Cameras Still the Best Selling Point for Smartphones?

Over the last few years, smartphones have become miniature professional cameras that can make phone calls and check social media. The trend has fueled Instagram's rise in popularity, the entire influencer industry, and the selfie-taking hysteria that defines the 21st century.

However, smartphone camera technology is bound to hit a plateau. In fact, there's a good chance we've already reached it. Considering the human eye can only differentiate such much between high quality and low quality picture, improving camera technology will eventually become a fruitless endeavor, although that likely won't stop the smartphone industry from trying.

The “upgrade for the sake of upgrade” attitude isn't just in the smartphone industry either. 8K TVs are suffering a similar fate, as the human eye is already pretty maxed out as far as high quality screen images is concerned. Fortunately, early-adapters and tech enthusiasts will buy pretty much any kind of new technology, so at least there will be a market for the first 500 megapixel smartphone camera to hit the shelves, whenever that inevitably is.