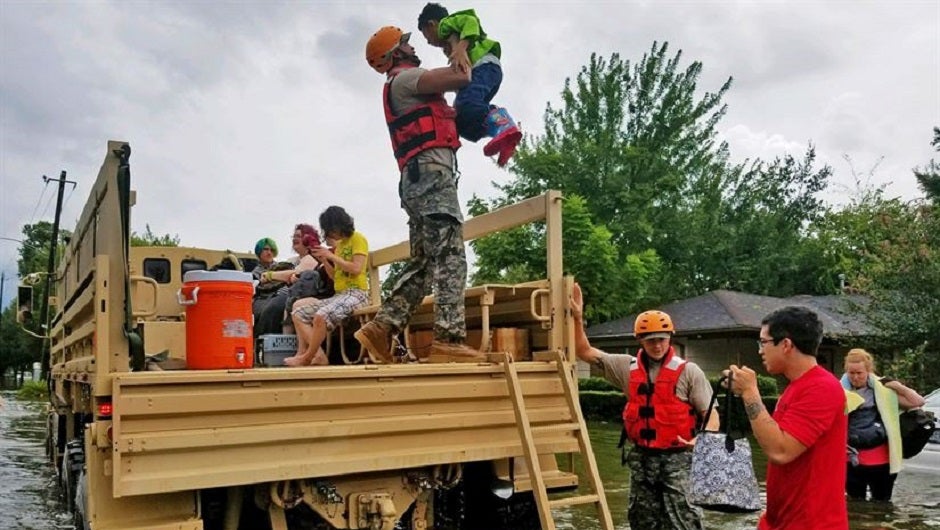 Whether you sold your Bitcoin too early, looked up to Kevin Spacey, or just loved the heck out of Carrie Fisher, 2017 was a pretty rough year for a lot of people. Between devastating hurricanes ravaging the East coast and political turmoil defining the U.S., the new year truly cannot get here fast enough. However, it's important to remember that even a year like 2017 isn't all bad, and we can prove it with some of TechCo's most inspiring stories of the year.

From the Girl Scouts offering STEM merit badges to large companies attempting to provide WiFi for rural areas, TechCo covered a bevy of inspirational stories that will revitalize your faith in humanity. Check out the stories below and say hello to 2018 with a smile!

With countries breaking their own green energy records and the Paris Climate Accord bringing most of the world together, it would appear that the people of the world has taken a shine to the idea of a renewable future. And according to one study, a pretty large percentage of the world's population wants to keep it that way. 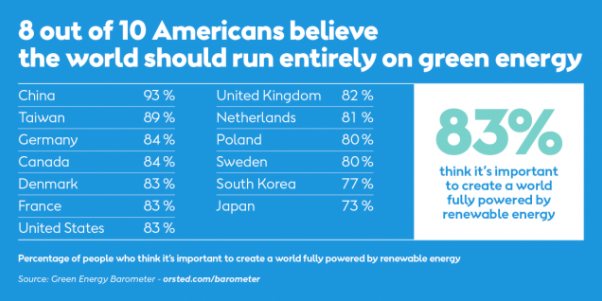 It doesn't matter your race, your age, or even your political affiliation; almost everyone is on board with making the world a more sustainable place. The study from energy company Ørsted  also showed that most of these countries believe committed to a renewable future will be good for the economy, which makes it kind of a no-brainer, don't you think?

In 2017, homelessness remains a national issue that needs our attention. While the national numbers have dropped by three percent, big city homelessness is on the rise. Fortunately, startups around the country are doing their part in building up homeless people in a way that will set them up for success in the future. These are not charitable organizations; these are companies that are supporting the skill sets of the homeless to give them a fresh start in society.

Miracle Messages reconnects people living on the streets with their loved ones, through short video messages and social media. To date, 40 percent of reunions have lead to stable housing. Founder Kevin F. Adler started Miracle Messages in honor of his Uncle Mark, who lived on-and-off the streets for 30 years. Their goal is to reunite one million people by 2021.

HandUp partners with non-profit human services organizations to raise money online for homeless people. These organizations can fundraise for things like special programs, client needs, and program and operational expenses. With HandUp, users can donate to a specific person via their web profile or SMS, learn about their story and needs, and hear updates on their progress.

ArtLifting empowers homeless, disabled, and other disadvantaged individuals through the celebration and sale of their artwork. Artists’ work is sold through an online art gallery and direct to businesses, including offices, hotels, and restaurants.

2017 was filled with talk of artificial intelligence and the implications of its inevitable advances. Whether it's taking our jobs or taking over the world, people were understandably concerned about how much smarter technology has gotten compared to their human creators. Fortunately, we still do one thing better than AI: drone racing.

In one of the most exciting editions of “Man vs. Robot” in recent memory, researchers at NASA’s Jet Propulsion Laboratory in Pasadena, California raced drones controlled by artificial intelligence against one of the best human pilots in the world, Ken Loo. And, fortunately for the human race, Loo whooped the AI-controlled pilot by nearly three full seconds. Humans: 1; Artificial intelligence: 0.

At the end of the summer, the U.S. was hit with a bevy of devastating hurricanes that threw cities like Houston into chaos. Thousands of people were displaced, millions of dollars were lost, and the affected areas just wanted to get back to normal.

Fortunately, major tech giants stepped up to help out in a big way. Facebook offered a personalized call to donate to the Center for Disaster Philanthropy, which it will match for up to $1 million. Meanwhile, Amazon also matched Red Cross donations to another cool million, while Microsoft, Google, and Walmart donated various amounts that helped the relief effort substantially. Additionally, with its new Snap Maps feature, Snapchat helped those in the Houston metro area and those around the country track the storm’s progress, while Apple added a iTunes store button allowing users to directly donate to the American Red Cross.

The gender and skills gaps around the world have been pressing issues for far too long. With companies still struggling to hire qualified candidates and women being under-paid and under-represented in the industry, people are scratching their heads on how to solve this damning problems in our society. Fortunately, tech is stepping up.

Earlier this year, a number of leading tech firms around the country pledged to close the gender gap through engagement and education. General Electric, for one, has set a goal to have 20,000 women in STEM roles throughout the company by 2020 and achieve a 50:50 representation in all technical entry-level programs. Similarly, Oracle has invested $3 million to educate girls in STEM fields through the government’s “Let Girls Learn” initiative. Even Google, who had some gender and diversity-related issues, has invested nearly $50 million to teach young girls how to code.

Earlier this year, Nintendo reinvigorated its company with perhaps the most popular gaming console to date, the Nintendo Switch. The console/portable gaming system combo brought millions to stores and online shops around the country, thrusting it to astronomical heights. Unfortunately, former president Satoru Iwata never got a chance to enjoy the success, as his passing in 2015 rocked the gaming company. However, they sent him off with a very inspiring tribute. 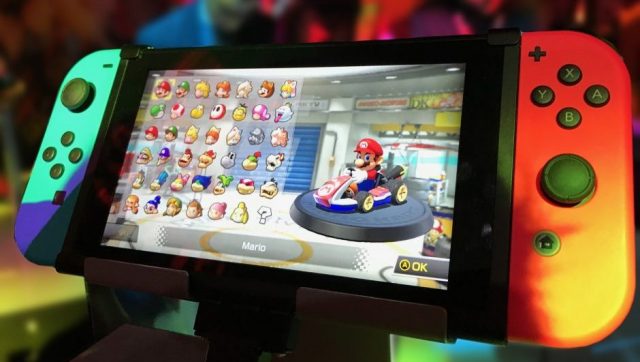 Apparently, according to SwitchBrew, every single Nintendo Switch console houses a secret game within its hardware: an emulation of 1984’s NES Golf. The game, which Iwata coded himself, was viewed as a tribute to the late Nintendo president, who was universally loved and adored by employees and colleagues alike. The game can only be played once a year on July 11th, the day Iwata passed away in 2015.

The Girls Scouts and STEM

Closing the gender gap is no easy feat. Fortunately, one of the best organizations in the world for helping girls to follow their hearts and work hard has made a significant change in hope of making a difference in the life of their members.

The Girl Scouts, which has been around for more than 100 years, has recently added a batch of new accomplishments recognized by their merit badge program. So what kind of badges are they adding? Oh, nothing too special, just 23 badges that focus on promoting girls in science, technology, engineering, and mathematics.

The WannaCry ransomware attack was one of the largest global hacks to date, affecting more than 230,000 computers in 150 countries. In addition to the thousands of individual users attacked, large companies, like FedEx, Telefónica, and Deutsche Bahn, were also effected, leaving millions at risk. Fortunately, a knight in shining armor stumbled onto the solution that would save people millions.

In perhaps the most well-timed accident in the history of hacking, one user, known only by his Twitter handle “@MalwareTech,” significantly and unintentionally slowed down the attack in an effort to simply track its progress. By registering one of the web domains used by the attackers that hadn’t been registered, he triggered a crash that would hinder the ransomware from spreading at the speed it was. How do we know it was an accident? Well, he told us.

I will confess that I was unaware registering the domain would stop the malware until after i registered it, so initially it was accidental.

The internet is no longer a luxury; it has become a vital necessity for people around the world to get basic things done like banking and communicating with family. However, speeds and connections around the rural part of the US have proven be more pretty terrible. Fortunately, in 2017, tech companies decided to do something about it.

Earlier this year, Elon Musk and his company SpaceX announced that they will be sending 4,425 satellites into space that will provide high speed internet to Earth. While original documents filed with the FCC never specified a date for the launch, this recent announcement specifies that they will begin their launch campaign in 2019. And how else would they launch them without help from their own impressive technology.

Microsoft, Facebook, Google, and Amazon have all being making it their mission to bring broadband internet to rural states in the US. The noble cause will aim to close the notable internet gap in this country, bringing viable broadband options to people that need it.

3D Printing for the Win

If you're lucky enough to have gotten a 3D printer for Christmas, you've probably printed everything in your house already. These handy devices have revolutionized industries from real estate to medical. And some of the most innovative uses including using them to rebuild bones that need fixing.