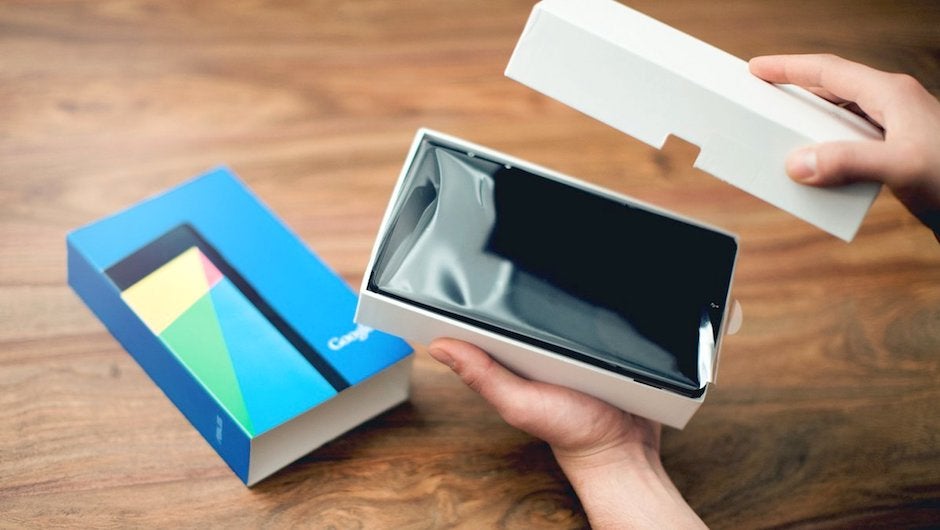 This week, a new shopping app hit the Apple App Store that is designed to help consumers discover products and buy them. Unlike the other 1000 or so apps that claim to do the same, Unboxed is the first to use the power of unboxing videos and their creators in an effort to drive sales. As the unboxing and gadget videos play in the app, their creator will host chat sessions simultaneously and give viewers a direct line of communication with them. Up until now much of this content is produced by widely followed YouTubers, which means that viewer comments and questions left on videos rarely receive responses from the producer. Packagd, the company behind Unboxed, also simplified the purchasing process to make buying simple.

The new app is part of an upcoming release of a family of apps that will provide curated, entertaining content geared towards consumers interested in tech, beauty, and toys. Led by veteran entrepreneur Eric Feng, a partner at Kleiner Perkins (KPCB) and former CTO of Hulu and Flipboard, Packagd is also coming out of stealth mode this week and announcing $7.5 million in funding between two rounds. Their seed round is led by KPCB with $1.5 million, and the $6 million Series A is led by Forerunner Ventures and Google Ventures. In fact, the company has been built and ran out of KPCB's basement.

“Our vision for Packagd has evolved over the last 10 years, inspired by how commerce as entertainment helped traditional players like HSN and QVC build multi-billion dollar empires during the TV era,” said Feng. “Using video to drive commerce is not a new concept, but Packagd has the opportunity to bring this user experience to a new generation of mobile consumers.”

Unboxed comes at a time when traditional TV is losing market share, YouTube and Twitch content is on the rise, and influencer marketing and peer reviews are making waves in the commerce world. Their app effectively takes advantage of all of the above, neatly wrapped in an experiential and entertainment focused mobile app. On top of this, according to tubefilter and Socialblade data, for the past few months the most viewed YouTube channel is dedicated to toys and unboxing, and overall global viewership of unboxing videos is at 10 billion views per month. Combine this viewership with Google’s insights that 62 percent of people who are watching these videos are researching a purchase, and you’ve got a potential conversion rate that blows any traditional ecommerce platform out of the water. That still remains to be seen though.

Like QVC or Home Shopping Network, Unboxed is quite simple and ingenious. After downloading the app and creating a mini avatar, users are presented with streaming content. In most cases these are YouTube videos their unboxers have already created. As the videos play, the hosts/creator of the video are in the session answering questions and interacting with fans. At the same time, a large call to action sits at the bottom of the screen showing the item name, price of the item, and an add to cart button. If you want to buy it, it’s just another step of paying with Apple Pay. Easy peasy.

The app also has collections like gifts for father's day, various other product listings with relevant videos from unsigned and signed YouTubers, and even a preview at E3.

But what about on the backend? According to Feng, the team will be able to track and analyze everything from when a user adds an item to their cart or makes a purchase. This in turn will allow them to provide feedback to the YouTuber so that they can know what specific action they did to help sell a product. That kind of data has been practically unattainable until now, but could potentially prove return on investment (ROI) for influencer partnerships, help the creator produce higher quality videos, and improve the Unboxed app along the way.

“It may actually differ for different categories,” said Feng on when a purchase will happen as a result of viewers watching content. “For tech it may be at the top of the funnel, for beauty it may be at the bottom. The key thing is to learn and to entertain. If people come in and have an entertaining session we consider that to be successful. We do believe the buying will come. It may come at different times, it may be outside the app, they may dive into the Wire Cutter for more info. Those are the things we will improve over time, but the start is that every user that comes in is entertained.”

According to Feng, in the future the app will include additional payment options such as PayPal.

Monetizing the Power of Influencers

Is there a bad ROI when using influencers in marketing? If Unboxed has their way, that may be a thing of the past.

“Not all content drives purchasing intent. This kind of content actually does,” said Feng. “We wanted to add more commerce features, and give the creator more ways to also make money. The experience is also not optimized on YouTube. Content is hard to find, it’s not really curated.”

Between the insights gained through the app, existing content that people already view, and the existing communities that follow each of these influencers/YouTubers, Unboxed is traveling into uncharted, but strategic waters.

“Ecommerce has made shopping all about efficiency. With Alexa you can just yell at it and detergent shows up,” said Feng. “But what is missing is the entertainment of it, window shopping. We wanted to bring that back, and make shopping about entertainment.”

For Unboxed, experiences will be key. Feng said that they are facing similar challenges that they did during the early days of Hulu. There were already several ways to watch Family Guy, 30 Rock, and the like, each with large audiences, so what unique offering would set them apart?

“It was can we build an experience around it,” said Feng.

Explore More See all news
close Building a Website? Get 50% off Wix premium plans until 15 April 50% Off Wix
We use cookies. By browsing our site you agree to our use of cookies.