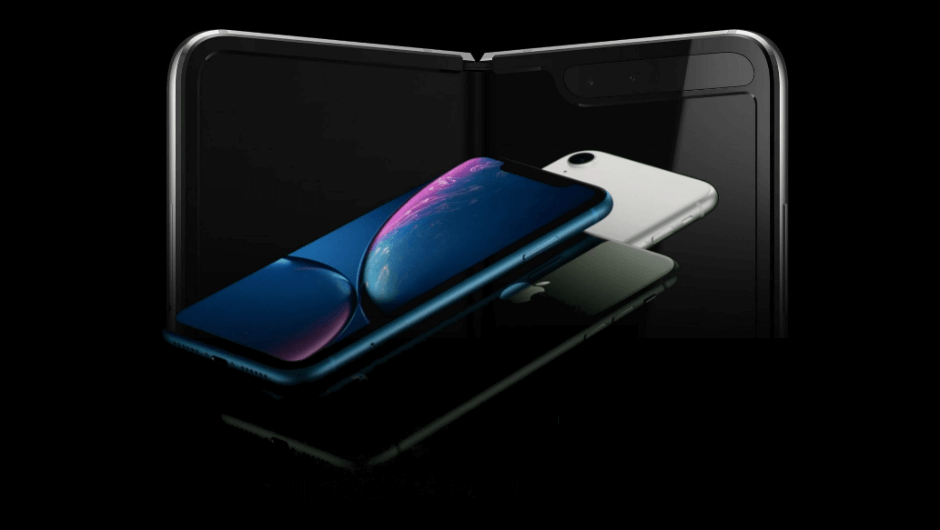 Yesterday, Samsung made a pretty convincing case that it's truly shaken up the smartphones industry, unveiling its Galaxy S10 phone series, plus giving us all a sneak peek at the game changing foldable screen tech of the Samsung Galaxy Fold. With the challenge laid down by the Korean giant, what does Apple need to do to ensure its iPhone range can compete?

As any Android fan will argue, the days of Apple being the most innovative phone manufacturer around may be behind us. Google's phones have better cameras (as Pixel 3 XL owners will attest), Motorola and LG are producing utterly convincing budget offerings at half the cost of an iPhone, and Huawei was first to the front with a triple camera phone.

Meanwhile, Samsung just schooled Apple on how to do a product launch, debuting a phone with a foldable screen, a new top-end smartphone, an upcoming 5G phone and a brilliant cheaper phone model, all at the same event.

Apple needs to keep innovating if it's to retain bragging rights in the smartphones space. Here's where it's losing ground, and where it needs to step up if it's to compete:

Lose the Notch (and the Punch Hole)

Apple may have been the first brand to popularize the ‘notch' at the top of its screen, with imitators following since. But, this is hardly an accolade to hang on your wall.

The notch style has few defenders. It interrupts the screen, creating an ugly black bar, and feels like a holding zone for better tech to come.

Well, with the Samsung S10, S10 Plus and S10e all showed that better tech in action. Instead of an ugly notch, all these phones feature a relatively unobtrusive ‘punch-hole' for the selfie camera to live in.

Is this perfect? Hardly. It still interrupts the screen, meaning there's room for improvement. Apple isn't the only brand racing to remove the notch, but if it wants to make a real case for itself as an innovator, its best bet is to be the first phone brand to debut a ‘behind-the-screen' camera. While it's at it, Apple may want to reconsider having only one front-facing camera, given the S10 Plus has a twin selfie lens…

Make no mistake, the Apple iPhone XR is a great phone. It manages to take most of what's great about the iPhone XS, but shave $250 off the asking price. The main downside? Arguably, its less detailed LED screen, compared to the OLED screens on the iPhone XS and iPhone XS Max.

OLED (organic light emitting diode) is an altogether more modern screen technology. Think brighter brights, blacker blacks, and sharper…sharps? You get the idea. It's generally the preserve of premium smartphones only. But, Samsung has included AMOLED (active matrix OLED) screens across its whole S10 range, including the $750 Galaxy S10e.

Let's be clear – $750 is no one's definition of ‘cheap'. All of these phones are different degrees of premium. But, if Samsung can lavish OLED tech on even its ‘budget premium' model, then Apple needs to do the same to compete in that price brand.

Get an In-Screen Fingerprint Reader

Apple's FaceID tech is a surprisingly smart and intuitive way to unlock your phone securely. It's not, of course, the only phone brand to have facial recognition – and Samsung certainly offers the same.

Samsung has got around this by creating a fingerprint reader on the S10 range that's hidden under the screen. The tech works – it's up to Apple to emulate it, now.

Wireless headphones can be great – Apple's AirPods are hugely popular, and we expect to see new ones on the way this year. Samsung showed off its own wireless buds at yesterday's event, too (see video, below).

That said, plenty of users want to keep the option of using wired headphones (without the need for an adaptor). Samsung knows this, and has kept a traditional headphone jack on all of the phones it unveiled.

Will Apple roll back on its move to get rid of the headphone jack? Unlikely. But, as long as Samsung keeps producing premium phones that retain this humble feature (while still being waterproof, too), Apple risks looking unduly aloof.

In-phone storage matters. Sure, you can back up your photos to the Google's servers or Apple's iCloud, but with ever more complex apps, on-board storage matters, too.

And it's yet another area where Apple is slipping behind. The Samsung S10 Plus gives you the option of a huge 1TB storage model. Is it cheap? Not at all. But, while Apple's maximum offering is 512GB, it's another area where Samsung has stormed to an easy win.

Oh, and let's not forget – all the Samsung S10 phones let you slot in a microSD card for a quick, cheap storage boost. Apple won't countenance doing the same.

Get with the Foldable Revolution

Samsung may not be the first brand to have launched a foldable phone (that honor goes to Royole), but the Galaxy Fold makes the first impression that truly matters. Apple has already lost ground here, and it needs to make it up, fast.

Will foldable phones be the new norm? No, not this year, and not likely next. When the Galaxy Fold launches, it'll cost an eye-watering $2k. For now, it's something of a premium proof of concept, and it's unlikely to become a ubiquitous new technology until the price drops significantly.

The best way to make foldable phone tech spread quickly? Pop an Apple logo on it. The ball's in your team's court, Tim Cook.

5G phone networks are coming this year, and the Samsung Galaxy S10 5G will be one of the first handsets that can take advantage of them.

With the ability to let users download an entire HD movie in under five seconds, 5G mobile networks will be a real game-changer in 2019. But, there won't be an Apple phone able to take advantage of 5G networks until 2020, at least.

At present, Apple has made no announcements of its intentions to launch any 5G devices, beyond confirming it won't happen in 2019.

Will we all be enjoying 5G speeds this year? Not by far. The network rollout won't be immediate, costs will be high at the outset, and there will be few handsets available that are 5G-compatible. However, in the race to be first with innovative phone tech, it's yet another area where Apple appears to have bowed out already.