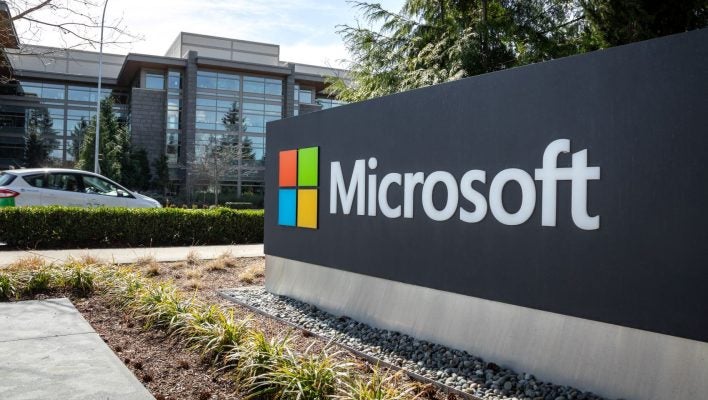 Microsoft has been named the best-run company in the US for a third year in a row, beating Apple, Meta and Amazon to the top spot, despite a year of record-breaking layoffs and its slowest forecasted revenue growth in five years.

Apple came in second place, followed by IBM, General Motors  and Whirlpool,  knocking the previous years' top 5 tech companies off the board.

The results come off the back of year of tremendous economic uncertainty with soaring inflation, mass layoffs and businesses scrabbling to retain retain their top talent. We take a look at how Microsoft, despite its setbacks, still managed to thrive.

Microsoft Is Officially the Best-Run Company in 2022

Of the 902 companies listed in the Top Management 250 report, Microsoft once again came out on top, as the best managed company in the US in 2022 – outperforming every competitor, with a top 10 score in every category on the list except customer satisfaction, awarding it an overall score of 98.6.

How Microsoft Compares to Other Businesses

Through the year Microsoft has made significant changes to its business model, providing more solutions than ever before to help businesses better adapt to a post-pandemic, hybrid-friendly world. With live translation features, Cisco compatibility and remote help tools for IT teams, it has continued to develop solutions to support businesses globally. While financially 2022 hasn't been Microsoft's best financial year, its score may be in part due to its surge in product development, with strategic moves to boosts the company's retention.

Amazon, in comparison dropped from second to 8th place in the new Top Management 250 list, with its most significant loss of points due to lack of innovation, for which it lost 30+ points between 2021 and 2022. It also lost points for customer satisfaction, but gained two for social responsibility, securing it a top 10 position. In contrast to Microsoft, Amazon suffered a significant loss in profits due to its controversial walkouts, massive layoffs and alarming staff turnover throughout 2022. After cutting multiple divisions and laying off over 10,000 employees, it comes as no surprise that Amazon struggled to retain its score for innovation.

The biggest mover on the list was Meta, dropping from position 31 to 130 with significant losses in its scores for financial strength (84.4 to 78.8), innovation (81.7 to 70.5) and social responsibility (57 to 49.2), but this may have been expected. Meta's year has been plagued with financial strain from the start, with some blaming Zuckerberg's egomaniac approach to the Metaverse as cause for its $80 billion loss in value.

Meta's customer satisfaction, in comparison to other businesses on the list, were also significantly low, with a score of just 32.5 in comparison to Apple's customer score of 60.7. While its score has improved since 2021 (27.3) it shows that there's still a lot for Meta to do in order to compete with other businesses this category – however, with its highly publicised plan for more large scale layoffs, Meta may not have the team in-house to support the attention this category needs.

Other movers on the list worth noting was Apple. In contrast to Amazon and Microsoft, Apple actually gained points for customer satisfaction, jumping from 57.2 points in 2021 to 60.7 pushing it neatly into second place. The financial strength of the company had also improved, but it lost points for innovation (111.8 to 90.3) and social responsibility.

What Other Companies Can Learn From Microsoft In 2023

In a year of economic uncertainty Microsoft has done many things right – a lot of which was down to its own research. Microsoft has advised companies to “re-recruit, re-onboard, and re-energize employees” based off the back of a survey, to tackle retention and gain a better understanding of what employees need.

This results of the Top Management 250 list suggests that companies who prioritise employee retention and product development are the best managed companies in the US. In a time where businesses are struggling to retain their top talent, business leaders should be doing everything they can to retain their staff and prioritise the work environment so that they can focus on innovation.