If you're after a fitness tracker, then Fitbit is the biggest name in the game. But with a wide range of activity trackers and smartwatches, which Fitbit is best for you?

Which Fitbit should you get?

At this stage in the game though, Fitbit has become synonymous with smart self-care – and there are plenty of models for you to choose from depending on what you're looking for.

We've compiled a wide range of Fitbit's most popular devices, and listed all their features – including pros and cons – to make sure your choice won't just be a shot in the dark. Plus, with prices ranging from $50 to $300, you're going to need all the help you can get.

Which is the Best Fitbit?

According to our research, the Fitbit Charge 4 – the most recent fitness tracker released by the company – is the best device available on the market today, thanks largely in part to the built-in GPS tracker and improved activity tracking.

Of course, there is no single Fitbit that's perfect for everyone. Depending on the size, features, price, or battery life, any number of Fitbit models could be the one for you. Fitbit also makes smartwatch devices, such as the Sense, which might be better suited to your needs. You just have to make sure you have all the information to make the right call.

And that's where we come in! To make life easier for you, we've directly compared a selection of Fitbit's fitness trackers, smartwatches, and unique alternatives.

Take a look at the table below for the basics, then continue on for a more detailed description of each product.

If you're unsure of which Fitbit to choose, keep in mind that the Fitbit range roughly divides into Fitness Trackers, which are activity monitors designed for tracking steps or sports, and Smartwatches, which do all of the above, but have deeper features thanks to their larger screens. A smartwatch will let you check your emails or text messages, for example, while a fitness tracker typically has a small screen that's fine for basic notifications only.

You can also compare models side-by-side on the Fitbit website.

If you're looking for a device primarily to track your steps, running, or other exercise, and aren't too fussed about reading text messages on the screen, smartwatch-style, then the models below are the best Fitbits to go for.

Leading the pack is the Fitbit Charge 4 – this is the newest model in the range, and packs in some of the best features. It's even water-resistant to 50 meters, so it's perfect for the beach or pool. However, if you're looking for a more affordable option, you might want to go with the Inspire HR, which is filled with nifty features at a lower price.

Though Fitbit is best known for its fitness trackers, as with the models above, it produces a couple of good quality smartwatches, too – namely the Fitbit Sense and Fitbit Versa 3.

What's the difference between a smartwatch and a fitness tracker? Good question. Both will track your steps, your sleep, and usually your heart rate. But a smartwatch has a larger screen and better integration with your smartphone, letting you read messages and emails and change the music that's playing through your phone.

The downside? Smartwatches are a bit chunkier on your wrist, compared to a slim fitness tracker.

The Fitbit Charge 4 is the most powerful fitness tracker released by the popular company, and its specs show some notable improvements over previous models.

For one, the addition of built-in GPS is a big deal for many, particularly considering the smartphone GPS functionality has always been a bit spotty. The upgrade also features all-day calorie burn tracking, real-time heart rate zones, and Active Zone minutes – marking a substantial improvement to valuable features.

To make the Charge 4 even more impressive, the price hasn't gone up much, at only $149, so you can still keep your wallet intact. Admittedly, the Charge 4 isn't a massive upgrade from the Charge 3 outside of the additional tracking features and the built-in GPS. But if those are important to you, the price tag shouldn't dissuade you too much. 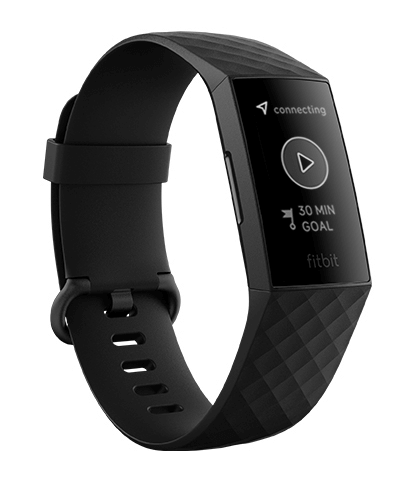 Best for fitness tracking on a budget

The Inspire 2 costs just $99, a great price for a brand new fitness tracker from a leading fitness company.

Still, despite the low cost, the Inspire 2 has some advanced features including 24/7 heart rate tracking, guided breathing functions, as well as some basic sleep tracking. It's also swim-proof and allows you to track how long you've been swimming for.

What's more, the Inspire 2 should give you up to a whopping ten days of battery life, meaning you'll be able to keep track of everything you do, all the time. Plus, the Inspire 2's slim design means that it shouldn't get in the way of your clothing.

Fitbit Inspire 2
Best for getting fit easily
In Short

The Fitbit Sense isn't a fitness tracker disguised as a smartwatch: it's just a straight-up smartwatch. As the most expensive model on this list, that should have been expected. It comes with a wide range of fitness tracker features, as well as a few bells and whistles you can find on popular smartwatches.

From a fitness standpoint, the Sense matches the rest of the lineup and then some, tracking sleep stages, cardio fitness level, and heart rate. It has built-in GPS, is water-resistant, and provides personal coaching for a little extra inspiration. The Sense also comes with “female health tracking”, designed to help women learn more about their menstrual cycle, ovulation, and fertility. This is available to users aged 13+ in the US, and also comes with in-app advice from health professionals, health predictions, and related Fitbit Community groups.

The Sense also matches the latest Apple Watch and Samsung Galaxy Watches for advanced health features. It offers proper electrocardiogram readings and atrial fibrillation heart scans to help you can an eye on your respiratory wellbeing. The Sense will also help you understand and measure your stress levels, and even let you track your skin temperature.

Fitbit Sense
Best for a smartwatch experience
In Short

The Versa 3 isn't quite as powerful as the Sense, losing out on some of the high-end health features while keeping all the fitness tracking smarts.

Despite costing $100 less than the Sense, the Versa 3 even looks similar, with the same 1.58-inch screen with rounded edges and a very slim profile. So really, it comes down to health tracking — do you need electrocardiogram readings? If so, get the Sense. If not, get the Versa 3. 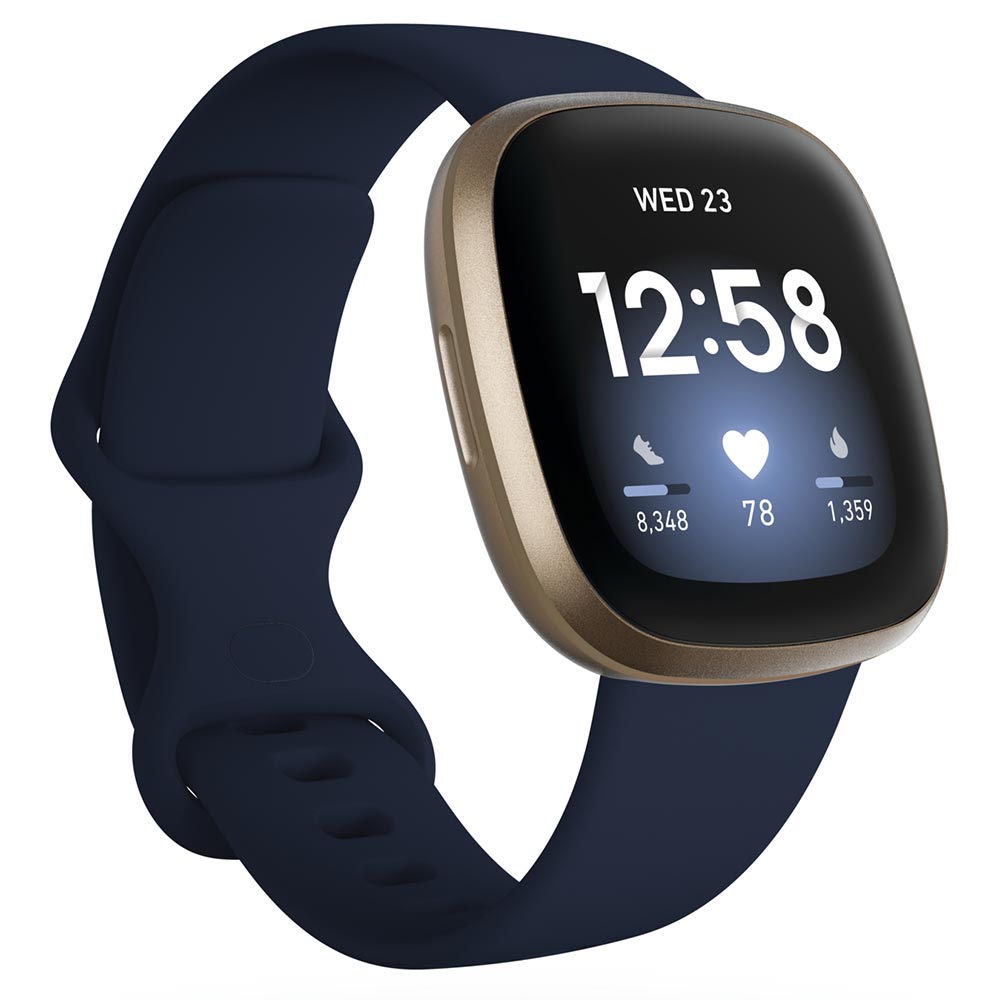 If your kids want to get in on the active lifestyle fun, the Fitbit Ace 2 can help. This fitness tracker is specifically designed for children to track their exercise, inspire them to be more active, and reward them for meeting their fitness goals. The durable design, combined with the fun, changeable bands, make the Ace the perfect device to get your child interested in something other than sitting on the couch.

Between the serious fitness tracking features and the fun flourishes, the Ace 2 is the perfect solution for inspiring kids to get out and be active. And, considering the CDC recommends kids get at least 60 minutes of active play per day, it might be a good idea to grab this fitness tracker as soon as possible.

Which is the best Fitbit to buy?

In our opinion, the best Fitbit you can buy is a tie between the Fitbit Charge 4 and the Fitbit Versa 3. They both come in at reasonable prices, with plenty of features, and sizable battery lives. More specifically, the Inspire HR has a more modern design and has a few more features, while the Charge 3 has a longer battery life. Either way, you're getting a great fitness tracker at a good price.

Which Fitbit is the most accurate?

All Fitbit devices run on the same app, so most of them are quite accurate and the difference in accuracy is pretty minimal from fitness tracker to fitness tracker. However, some Fitbit devices measure things that other don't. The Charge 4, Inspire 2, and all Fitbit smartwatches, for example, all feature a heart monitor, whereas the Fitbit Inspire does not. Make sure to consider these features when it comes to purchasing a fitness tracker.

What's the best Fitbit for women?

In our opinion, the Fitbit Inspire 2 is the best fitness tracker for women. It's lightweight, slim, and affordable, so it won't be too bulky when you're working out. Despite the small frame, it still comes with a stunning screen for smartphone notifications.

What is the cheapest Fitbit?

The Fitbit Inspire 2 and Fitbit Ace 2 are the cheapest available devices at $69. The Fitbit Inspire 2 is a slim, lightweight tracker with 24/7 heart rate tracking and strong fitness features. The Ace 2 is the fitness tracker designed for kids, so you probably don't want to pinch pennies there.

Additionally, the cheapest smartwatch on the list is the Fitbit Versa 2, the predecessor to the Versa 3. You'll pay a full $50 less than the new model but you'll lose built-in GPS and Fitbit's improved heart rate sensor, so choose wisely.

The newest devices in the lineup are Fitbit Sense, Versa 3, and the Inspire 2.

The Sense and Versa 3 are high-end smartwatches with a great range of features. The Inspire 2, on the other hand, is a slim fitness tracker which can be helpful if you're looking to up your daily exercise.

Is it worth getting a Fitbit?

If you're a fitness buff that thoroughly enjoys the input of tracking apps, then getting a Fitbit is absolutely worth it. While other smartwatch makers can pack a little more punch, Fitbit still boasts some stellar fitness features that pair well with the mobile app. If, however, you're just looking to tech yourself out with some wearables, there are other options that might be a better fit.

In all honesty, the Apple Watch is a better overall product compared to Fitbit smartwatches and fitness trackers. It offers more everyday features, a sleeker design, and better communication with the rest of your tech. Yes, they're decidedly more expensive, but an Apple Watch is nothing if not solid value for the money.

Again, fitness buffs should still lean towards Fitbit, because of the specifically built-in features aimed at fitness tracking. But overall, the Apple Watch is a better product with a smoother interface that, particularly for iPhone users, just makes more sense.